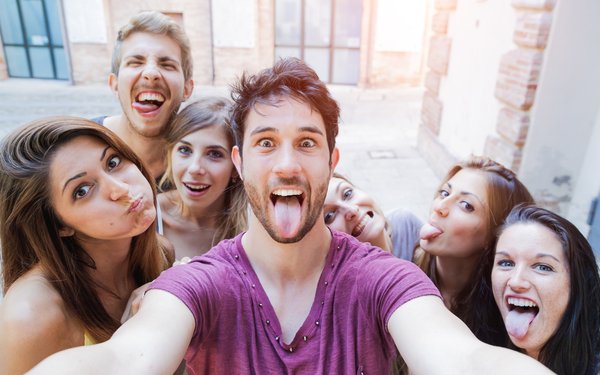 Selfies may be the emblematic images of the social media era (well, along with cat videos) but that doesn’t mean anyone actually likes seeing yours, except you. In fact, most people find other people’s selfies fake and annoying, while viewing their own as pleasingly authentic, according to a new study by psychology researchers at Ludwig-Maximilians-University in Munich, Germany.

For the study, titled “The Selfie Paradox: Nobody Seems to Like Them Yet Everyone Has Reasons to Take Them,” the researchers surveyed 238 people living in Germany, Austria and Switzerland, ages 18-63, about their own selfie-taking behavior and other people’s, including the frequency and motivations behind this behavior, as well as their general views of the phenomenon.

Overall, 82% of respondents said they would like to see fewer selfies and more of other kinds of photos on social media, but 50% admitted to taking and posting selfies themselves.

Interestingly, on average, even the most prolific selfie takers, defined as those posting several selfies a week, expressed a preference for fewer selfies on social media.

These discrepancies suggest that selfies fulfill some basic psychological needs in terms of self-representation and self-image, according to the researchers.

The study found that respondents were more likely to view other people’s reasons for taking and sharing selfies as self-promotional, narcissistic or manipulative, as well as reflecting more positive feelings about themselves.

By contrast, respondents were more likely to feel that their own reasons for taking selfies were more genuine, in the sense of simply reflecting who they are, and at the same time more “self-ironic,” implying emotional distance from the whole process.

For example, 40% of respondents perceived “self-irony” in their own selfies, compared to just 13% for other people’s selfies.

Meanwhile 90% said other people’s selfies were intended to craft a particular image and presenting it to others, while only 46% admitted this for their own selfies.

Speaking of irony, the researchers note that the results would seem to support the notion that people are basically irrational, or at least egregiously inconsistent, as “participation in an activity that one essentially sees as ridiculous, may also be a classic case of cognitive dissonance...”

Or maybe it’s just that other people suck and we’re great?