'Sisters' Redefines Family And The Fallout From Family Secrets 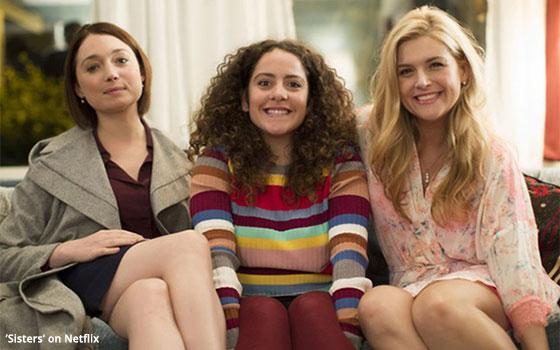 Imagine if you suddenly discovered your father had a secret family. The emotional trauma would be pronounced.

Now imagine that same father is a Nobel Prize-winning in-vitro fertilization pioneer. On his deathbed, he confesses an incredible secret: He used his sperm to potentially father hundreds of children!

Blood pressure rising? Visions of patricide swimming in your head?

That’s the premise of Sisters, an Australian drama now on Netflix that posits the emotional, social and legal repercussions from Dr. Julius Bechly’s staggering revelation. The arrogant doctor assumes he has done the kiddies a favor, via the nature-vs.-nurture argument. At least 50% of their gene pool, he suggests, favors scientific brilliance.

But does that produce a race of prodigies?

Judging from the show’s sometimes hurtful, sometimes comedic results, not so much. However you slice and dice a gene pool, it’s a 50-50 shot.

Fair warning: If you think Sisters’ premise is farfetched, The Sydney Morning Herald reported:  “In the 1940s, scientist Bertold Wiesner and his wife, Mary Barton, set up a fertility clinic in London. In 2012, it was revealed the couple had used Wiesner's sperm to impregnate their clients. By some estimates, he has up to 600 biological children.

“More recently, an American woman's search for her roots yielded nine siblings. Her father – a fertility doctor – allegedly told patients he had used the semen of medical students. In fact, it was his own.”

The stories caught the attention of Imogene Banks, Sisters’ writer and producer, who says the show addresses “how your identity is constructed – and what happens when a central pillar of your identity is suddenly removed.”

The central player is Julia Bechly (Maria Angelico), the only legal daughter. Julia is warm, caring and wants to do the right thing. So she gathers together children whose mothers used her father’s fertility clinic and tests their DNA.

The result? She discovers over 100 brothers — which carry dating consequences — but only two sisters. And as the title suggests, the trio becomes the focal point of fallout.

The 30something female sibs are Roxy (Lucy Durack), a children’s TV star with a penchant for drugs, and corporate lawyer Edie (Antonia Prebble), who once tangled with Julia over a former boyfriend. Now, visions of class-action suits dance in her head.

That the women in Sisters manage to bond at all is remarkable, but not without frequent skirmishes. And that underscores the larger ethos of the show: How do we define family?

Is it strictly biological? Is it predicated on an emotional connection? Is it a specific group of children raised together by the same parents?

Sisters, a smart two-seasons drama, explores the anger, greed, delight and despair such questions generate. The acting is first-rate; the story lines are often surprising and unexpected. The three women — and the strange interludes between them — as well as their personal journeys, are both humorous and heartbreaking.

In an age of blended families, Sisters is a telling reminder: The ties that bind are fluid ones.