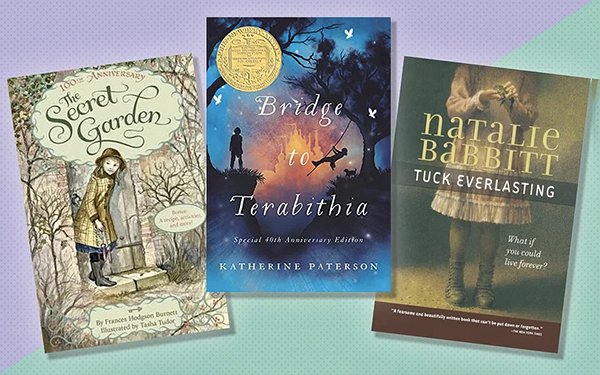 In Parentsupcoming August issue, themed “Raise a Reader,” the title will debut a new list called “100 Books to Inspire Your Kids,” alongside new initiatives being launched, such as the Raising the Future Book Club.

The issue includes additional features, such as tips on how to raise a child who loves to read and a cover story with NBC’s “Today” co-host Jenna Bush Hager, who discusses literacy, among other topics.

The list of 100 books includes titles: The "Encyclopedia Brown" series by Donald J. Sobol, "Miracle’s Boys" by Jacqueline Woodson, "Bridge to Terabithia" by Katherine Paterson and "Roll of Thunder, Hear My Cry" by Mildred D. Taylor.

“As I write this letter, our nation has collectively reached a day of reckoning, and we are facing harrowing truths about systemic racism. Like many other white people, I have been listening, learning, and taking a hard look at how I have benefited from white privilege. I feel deep regret over the times I have been silent, when I could have spoken loudly for Black friends and colleagues. And because I have been busy editing our first-ever issue devoted to children’s books, I’ve been thinking about the gaps in my personal library,” EIC Julia Edelstein writes in her August issue editor's Letter.

Edelstein continues: "If we want the world to change — and for our children to be the change makers — we must embrace stories from more than one point of view."

The Raising the Future Book Club, which is a part of Parents’ long-term “Raising the Future” initiative, features Ibram X. Kendi’s "Antiracist Baby" as its first selection. Kendi will lead a discussion about the book on the outlet’s Instagram on August 7.

“Raising the Future” was launched in an effort to diversify the voices and representation in Parents coverage and lend support to nurturing the next generation of voices.