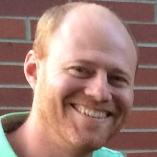 Shawn Kemp is co-founder of ActionSprout, where he helps power people’s ability to create lasting change by connecting organizations with their supporters.