Frame-by-Frame: Looking past the noise to find the most effective context

If you’re advertising a travel destination, what provides the more effective draw for a consumer? A photo of a beautiful beach or a video of smiling grandparents building sandcastles with their adorable grandkids at the water’s edge?

If you’re selling pet food, where will your potential customers be spending their time? Watching pet training videos or checking out content that will help them live their best lives—eating and drinking, shopping, working out—and consuming videos that provide a context for their aspirations?

In each of these cases, the answers point clearly to limitations in the ways that advertisers have previously approached finding and reaching consumers—both in terms of where they place their ads and the way they craft the ads they place.

“Increasingly,” says Ted Vernon, senior sales director at 4D, the outcomes-oriented division of the data and digital transformation company Silverbullet, “display ads are a necessity for most advertisers as they are more efficient and available pretty much everywhere consumers are digitally.” But video ads grab their attention—and match the increasingly popular video environment in which they’re running. “The experiential and engaging nature of a video—whether it’s video content or a video ad—enlivening a scene into which consumers can place themselves,” says Vernon, “holds more power than a simple display ad. Videos can show a product in use with music and people interacting. It’s more personal.” And a video ad holds far more information than a display ad can.

Looking for the Bigger Picture—in the Smaller Frame

Similarly, the approach many advertisers have taken to finding the environments into which they want to place their creative, has often been too parochial. With keywords that build on the most direct context—pets for pet food, for example—they often miss the bigger picture, the more broadly defined context.

Part of what has held advertisers back, however, has been the difficulty of zeroing in on just which videos—and which parts of those videos—are likely to be most relevant and attractive to the targeted consumers. Marketers have often relied just on video titles and URLs, rather than digging into the videos themselves, looking for scenes, audio transcripts, images that relate to relevant consumer interests. As Vernon puts it, “It’s critical to have access to more detailed information if you’re going to understand what the audience is looking for and the context through which you’ll be able to target that specific audience.” 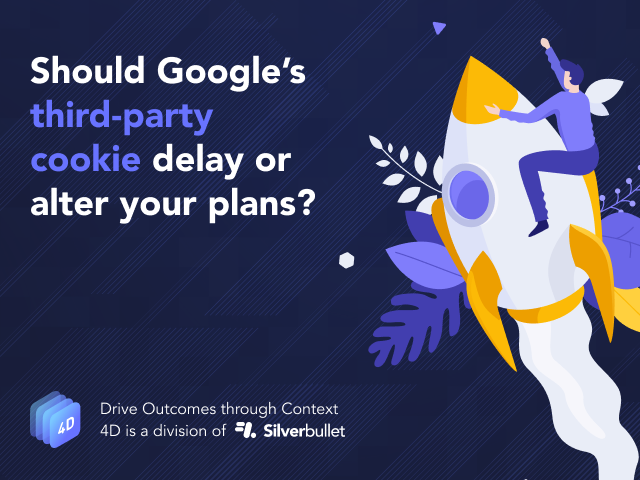 Using computer vision and machine learning, he notes, it’s possible to take the videos apart, frame by frame, breaking the video down to find exactly what’s going to attract the target audience—and, where necessary, also reinforcing brand safety by identifying images, such as specific politicians or world leaders, with whom an advertiser might not want to be associated.

For those advertisers who have widened their search and placement options, the impact has often been dramatic. Using a more granular approach to analyzing a video’s context, Vernon explains, a marketer can gain insight into what is resonating, where there are higher clicks, higher completion rates, higher brand recall, and more. “By targeting consumers in places where marketers might not have seen themselves as a perfect fit,” he adds, these marketers have “found performance popping,” allowing them to increase scale and efficiency where they wouldn’t have expected it. Conversely, if something isn’t working, it’s possible to see what sorts of changes in the surrounding context need to be made.

By targeting consumers in places where they might not have seen themselves as a perfect fit, marketers have increased scale and efficiency where they wouldn't have expected it.

Given the promise this approach holds, what’s holding advertisers back? Many, says Vernon, are scared of change and the unknown and “are just holding onto third-party data for as long as they can.” He notes that third-party data has been extremely powerful, but adds that, “with the depreciation of the cookie and with consumer privacy being a hot topic, change is coming. We are seeing it today as more and more advertisers are beginning to test and learn without utilizing any third-party data—and they have been pleasantly surprised.”

And more marketers seem, at last, to be understanding the need to move forward, he says, noting that, “In just the past three months, we’ve seen a quantum leap in interest in contextual solutions. It seems that the reality of the upcoming change in data collection has finally hit these marketers.”

What the success of contextual advertising is showing is that it’s not the audience itself that’s critical, it’s the context. It’s not who, specifically, is looking at a video, it’s whether the video is likely to attract the type of audience the advertiser is targeting. This means that personalized data—as provided by third-party cookies—is no longer critical; contextual is taking its place.

It's not who, specifically, is looking at a video, it's whether the video is likely to attract the type of audience the advertiser is targeting.

It’s important to start now, Vernon cautions. “Before you know it,” he says, “tomorrow will become today, and you’ll need a solution that will let you know what’s working, what’s performing. You’ll need to measure which context is driving that performance.”

And moving forward, Vernon says, the contexts will stay relatively the same for brands. For example, “if your ads are performing well and your audience is being reached across finance or healthy lifestyle content today, we can assume that this content will continue to perform well and reach your audience in the future.” The challenge is identifying these contexts now and making them readily available and easy to activate against in the future. 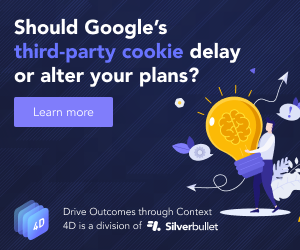