Wieden+Kennedy Is Now A Media-Buying Shop? 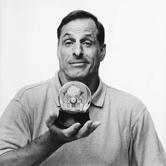 Portland-based Wieden+Kennedy is well known for its creative work on such accounts as Old Spice, Southern Comfort, Nike and many others. It's not well known as a media-buying shop -- but that, apparently, is exactly what it has become after winning the media-buying and planning portion of Intuit's TurboTax account away from Interpublic's Initiative Media. The Portland office will handle planning, and the New York office will handle buying.

W+K won the creative portion of TurboTax back in July. Is the media-buying agency argument that scale matters dead? I, for one, can say firsthand it never had legs -- having worked in a two-person media department that bested large media-buying shops on a routine basis. I know this because I had access to a certain media outlet's sales data. Don't ask me how I did. I just did. And that's not to say that W+K doesn't have scale. Plus, they've got media vet Tom Winner (pictured).

Can your agency live without email for a day? LA-based Zambezi did and lived to tell the tale. Founding Director Chris Raih tells of how his agency planned for and succeeded in eliminating email and other forms of electronic communication for 24 hours. In-person contact, phone calls and video chat were allowed with outside partners. The result? Raih writes: "Immediately, we saw a spike in the number of spontaneous meetings that took place around the office. People left their desks far more frequently and conversed with coworkers that they typically wouldn't otherwise, and there were certainly more phone calls to our clients and vendors. The agency was literally buzzing - more so than the average workday." Could your agency survive a day without email?

Have you heard enough about the Publicis Omnicom merger yet? Of course you have -- but that doesn't mean people are going to stop talking about it. Sick as you may be of the topic, some of what people have to say on the subject has merit. Not that any of what he has to say is earth-shattering but PGI Global Marketing VP and former Saatchi, Tribal DDB, OMD, Euro RSCG and Kirshenbaum, Bond & Partners exec Jeff Perkins makes some salient points as to why the Publicis Omnicon merger is a bad idea. Chiefly, he thinks the merger has nothing to do with improving client work and everything to do with reducing overhead in the form of layoffs. And all those layoffs -- and the lead-up to them -- succeed in doing is adding a layer of stress between agency and client. He goes into greater detail about client conflicts, creative drain and lack of efficiency.

Israeli-based performance marketing agency Matomy aims to raise as much as $100 million in equity through private investment or IPO. Matomy, which counts American Express, AT&T and HSBC as clients, is a performance-based ad network that has expanded its offerings into the agency space with the acquisition of digital media agency MediaWhiz and into the mobile space with the acquisition of mobile affiliate network MobAff. Matomy Chairman Ilan Shiloach is head of McCann Worldgroup Israel and holds a 29 percent stake in Matomy.

And the mad rush to Brazil continues. In reaction to Brazil hosting the World Cup next year and the Olympic Games in 2016, agencies are rushing into the market with acquisitions, partnerships and openings. The latest development comes from Dentsu's 360i which is opening an office in Sao Paulo this week. 360i will partner with Lov, which Dentsu bought last year. Of the move, 360i CEO Chairman and CEO Bryan Wiener said: "We identify a market, talk to our clients, and find a partner and work with them on a couple assignments, then launch. We have a lot of demand from existing clients who will be involved in the World Cup and the Olympics."