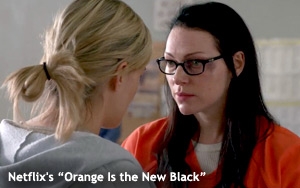 Netflix evidently is having second thoughts about its recent sponsored-data deal in Australia, which involves paying for streams of shows to be excluded from subscribers' data caps.

In a Wednesday letter to shareholders, Netflix CEO Reed Hastings and CFO David Wells say the company won't enter into any other similar arrangements in the future. “Data caps inhibit Internet innovation and are bad for consumers,” they write.

“We should have avoided that and will avoid it going forward,” the letter states.

In the U.S., some wireline ISPs cap the amount of data that home broadband subscribers can consume, but those limits tend to be fairly generous. Comcast, for instance, caps some subscribers at 300 GB per month, with each additional 50 GB costing an extra $10.

Mobile carriers, which also impose data caps on some consumers, tend to have much lower limits -- though the exact caps vary depending on subscribers' devices and plans.

It's not yet clear whether deals to exempt content from data caps will violate the Federal Communications Commission's new net neutrality rules. The rules, which will take effect in June, flatly prohibit broadband providers from blocking or throttling lawful content, and from charging companies higher fees for prioritized delivery.

The regulations also contain a “general conduct” provision that broadly prohibits carriers from unreasonably impeding consumers and content providers from reaching each other. The FCC said it intends to take a “case-by-case approach” to evaluating whether sponsored-data deals violate the rules.

“We are mindful of the concerns raised in the record that sponsored data plans have the potential to distort competition,” the FCC said last March. “At the same time, new service offerings, depending on how they are structured, could benefit consumers and competition.”