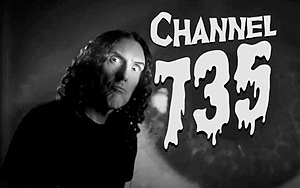 With streaming and so many other entertainment options available, there are more than 57 channels and a whole lot more than nothing on. To make sure people find its new original programming, Sundance TV is launching a new television advertising campaign that specifically calls out the channel where it can be found.

“[Our] strategy is defined by the classic 'earworm' tactic, which uses song and melody to help consumers remember a particular number,” Jan Diedrichsen, executive director, Sundance TV, tells Marketing Daily. “In most cases, it's used to reinforce a business telephone number, but in our case, we're using it to make Sundance TV's channel number stick. Because Sundance TV's channel number is not often on the lower number end of the channel lineup, we're looking to attract and guide viewers by making the network a destination channel, not just one that's clicked past while channel surfing.”

As befitting the performer, the television spots are comedic in nature, beginning with Yankovic soft-lit on a beach, singing softly with a rose about how to find the shows and movies on Sundance TV. The tone shifts to a much harder-edged song, as Yankovic chants the channel number (for Verizon FioS, for instance, it’s “735”). Other song lyrics suggest the channel is “your new favorite number” and “you should carve it on your forehead.”

“‘Weird Al’ is a well-known and bold artist. His creative genius and unique vision is very much in line with what the Sundance TV brand stands for,” Diedrichsen says. “Al's fan base spans generations, from Xers to Millennials.  By partnering with Al, Sundance TV is looking to reach an audience beyond its existing core viewer.”

The commercials are customized to the carrier so that the one running on Dish network carriers a different number than the one for DirecTV. The spots will run on various cable networks as well as social media platforms, digital platforms, and other distributor promotional platforms through 2016.

The campaign breaks this week, and is timed to draw attention to a new Sundance TV series, “Hap and Leonard,” which launches in March.

“We believe Sundance TV has some of the best original programming on television,” Diedrichsen says. “By timing the ‘Weird Al’ campaign with the premiere of ‘Hap and Leonard,’ we're looking to help viewers make the connection between Sundance TV's quality programming and its specific place on the channel lineup.”

1 comment about "Sundance TV Gets Weird".
Check to receive email when comments are posted.
Next story loading