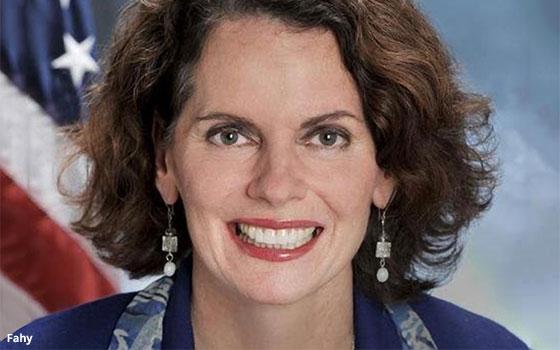 A New York state lawmaker has introduced a bill that aims to get around the Federal Communications Commission's recent vote to repeal the net neutrality laws.

The measure, unveiled by Democratic Assembly member Patricia Fahy, would effectively require Internet service providers to follow some key net neutrality rules as a condition of obtaining city or state contracts. Specifically, broadband providers that want to do business with government agencies in New York would have to refrain from blocking or throttling websites, and from charging higher fees for prioritized delivery.

Fahy's move comes in response to last week's decision by the FCC to repeal net neutrality rules. The FCC also voted to prohibit states from passing or enforcing their own net neutrality laws. Fahy's bill attempts to bypass that restriction by limiting the government's ability to enter into contracts with companies, as opposed to passing restrictions on providers.

Fahy isn't the only one seeking to reverse the FCC's decision. At least 18 state attorneys general have said they plan to challenge the repeal in court.

Sen. Ed Markey (D-Massachusetts) also said he will introduce a "resolution of disapproval" to revoke last week's FCC decision. So far, 26 co-sponsors have signed on to Markey's resolution.

Earlier this week, Rep. Marsha Blackburn (R-Tennessee) introduced a bill that would prohibit providers from blocking or throttling traffic, but would allow them to charge higher fees for fast-lane delivery. That measure has drawn criticism from some net neutrality proponents, including Markey, who say it doesn't go far enough to restore the former FCC rules.

Markey said Wednesday that the proposed bill would "undermine the very spirit of net neutrality by allowing broadband providers to establish internet fast and slow lanes."

"Net neutrality in name only is not enough to protect our economy or the millions of Americans that want and rely on these rules," the group says.