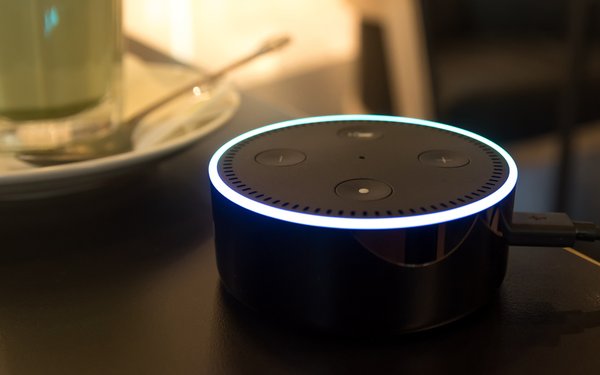 More people are listening to National Public Radio as if it’s ... radio.

As consumers adopt smart speakers like Apple’s HomePod, Amazon’s Echo line and Google Home, they are using the voice assistant to get NPR programming wherever they are in their homes without using mobile phones, laptops or tablets, or an actual radio.

In effect, those devices are now placed in kitchens, dens and bedrooms just like radios are — or used to be. “Four or five years ago, people were saying radio was dead,” says Meg Goldthwaite, NPR’s chief marketing officer. “It was difficult to even find one.”

Goldthwaite points to research to tell a good story. In November, 3.9% of all live streaming from member stations took place with Amazon’s Alexa; in February, the share was 13.3%. Put another way, according to NPR’s research, over the same period, the total number of listening hours to live station streams via Alexa grew by 242%. (These stats don’t count what might have been happening with Google or Apple devices.)

On the air, NPR announcers now encourage listeners to ask Alexa or Siri to tune in NPR stations, and to ask for it either by using call letters or simply NPR. They can also use it to access NPR’s podcasts or its NPR One service that can be adjusted to a listener’s interest, or ask for quick NPR news updates. On Amazon’s Echo, simply asking Alexa to “give me the news” will connect you to an NPR newscast.

“The largest gains have been in the younger segment” of NPR’s listener base, Goldthwaite says, and overall, she says the popularity of smart speakers is also changing NPR’s perspective. “We need to figure out how to create content that is more useful” to listeners plugged into voice-assisted devices. It is, NPR is learning, a different crowd.

For NPR advertisers, being on the cutting edge of technology should be attractive, Goldthwaite says.

Alexa and Siri and Google use the Tune In service to facilitate the NPR arrangement. It’s beneficial to NPR and the smart speaker providers. She NPR doesn’t get payment, or ask for a fee.

The quick growth of smart audio is impressive. According to an NPR survey done by Edison Research, 16% of American homes have a smart speaker as of the end of 2017. Gartner research says 75% of households will have one by 2020. That’s a faster growth curve that either smartphones or tablets after they were introduced.

Though there’s speculation the voice-centric smart speaker might eventually include video (like radio morphed into TV), comScore says half of all searches by 2020 will come via these devices, putting NPR and, perhaps, other traditional radio operators in a good place. IHeartRadio, among commercial radio chains, also lets listeners ask for stations on Google and Amazon devices.

1 comment about "Alexa, Siri Draw A Crowd For NPR".
Check to receive email when comments are posted.
Next story loading