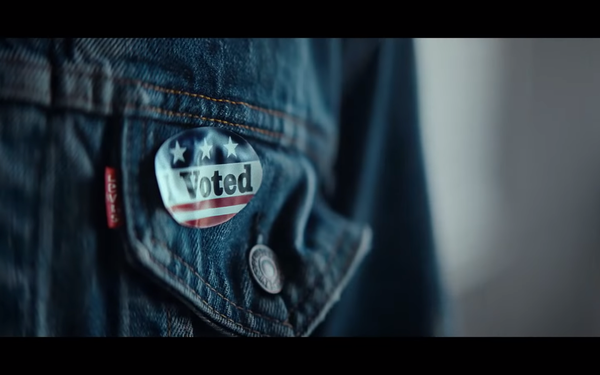 Levi Strauss & Co. is reporting an 11% jump in sales, marking the fourth quarter in a row that it’s achieved double-digit revenue gains. And the San Francisco-based company is crediting its willingness to take a stand on climate change and gun violence for the rosy results.

Sales for the Levi brand climbed 12% overall, buoyed by its commitment to building style buzz, including a limited-edition customization studio in Los Angeles, the Made & Crafted collection with Lily Aldridge and the Levi’s X Air Jordan collaboration, which both sold out within minutes. Women’s apparel sold especially well, jumping 26% in the quarter.

“We achieved all this while leading with our values,” Chip Bergh, president and CEO, writes in a blog post about the financial results, including the next steps it plans to take in addressing climate change.

Last month, Levi’s made a big splash with its commitment to ending gun violence, including a $1 million Safer Tomorrow Fund to work with nonprofits and youth activists, as well as support for organizations like Everytown for Gun Safety, Live Free and Giffords: Courage to Fight Gun Violence.

As the midterm elections get closer, the company is also joining forces with Rock the Vote for a new “Voting Looks Good On Everyone” campaign.

And this week, its Australian division is kicking off a partnership with Support Act, a music industry charity, for World Mental Health Day, publicizing a 24-hour mental-health helpline for artists and music workers, and offering video mindfulness tips from those in the industry.