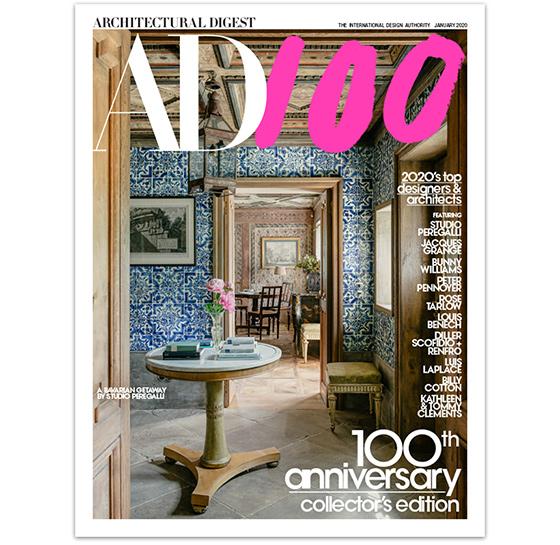 As Architectural Digest prepares to celebrate its centennial in 2020, it has unveiled its January collectors’ issue, its annual AD100 list and a new column, "Then and Now."

Inside, readers will find this year’s AD100, noting the best in architecture and design. The list appeals to both industry professionals and consumers seeking designers and architects for their personal projects.

New column "Then and Now" taps the AD archives with an insiders look at iconic rooms from the magazine’s history. Top designers take a look at their continued importance to design today. Mario Buatta’s New York City living room from 1997 appears first, with a review by Alex Papachristidis.

Along with the release of the print anniversary issue, AD will build out exclusive digital packages and a series of social videos set to launch in January.

“[The issue] is the kickoff to our 100th anniversary platform, which runs through all of 2020. We'll be creating content moments across print, digital, social and real-life events with our partners,” said Jeff Barish, head of sales, home.

Barish added: “We've been rallying our partners since the start of the year that the January 100th anniversary issue is the moment to join us and recognize how AD has elevated interior design and style for generations.”