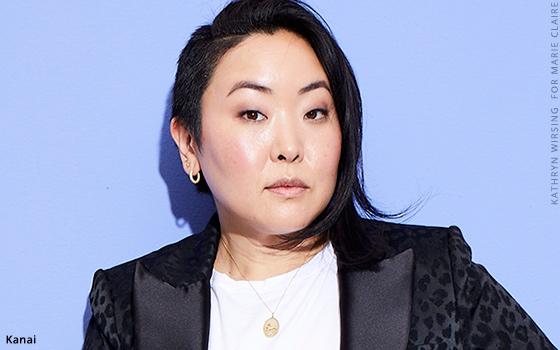 Marie Claire’s EIC Anne Fulenwider will be departing the title this month after seven years at the helm. Fulenwider announced she’s leaving magazine publishing after 25 years to pursue an entrepreneurial venture dedicated to women’s health.

In that time, she has managed content for Cosmopolitan, Women’s Health, Seventeen, Good Housekeeping and Women’s Day, in addition to handling styling for Hearst Made and supporting special projects for Hearst Magazines’ digital sites, such as HarpersBAZAAR.com, TownandCountryMag.com, OprahMag.com and Esquire.com.

“I’m excited to lead a brand with so many sisters around the world. The Marie Claire woman is confident and clear-thinking, whether it is about her career, the makeup and skincare she uses, the clothes she wears or the technology that powers everything she does,” Kanai stated. “With a growing experiential business, this is a 360-degree brand that speaks to enterprising women on the rise.”

Fulenwider was named editor of the year by Folio and MIN during her time with Marie Claire. She also led the title as it received an ASME for general excellence in 2017 and another in 2018 for cover of the year. Fulenwider is also the founder of Power Trip, an invite-only event for businesswomen. She received Hearst’s Innovation of the Year Award for her work on Power Trip.

“It’s no secret that my favorite thing we’ve built has been the Power Trip. Building community around the start-up generation — brilliant entrepreneurial women disrupting and inventing new industries — has been beyond inspiring,” Fulenwider stated.

“Their energy and sense of possibility is infectious, which is why I am off to start my own venture. It’s been fantastic supporting women from the outside in, and now, I’m looking forward to supporting them from the inside out.”

In his new role, Zimak will lead sales and strategic growth, leading global strategic initiatives that encompass all revenue functions and go-to-market strategy across the company’s brand partnerships and owned properties.

Zimak, who transformed New York’s print-focused sales model into a digital-focused business, is expected to apply that experience to Maven brands like Sports Illustrated, which recently joined the platform.

He comes to the Maven with experience at traditional publishers Conde Nast, Hearst and Time, Inc. He also spent time at New York Media and distribution platform Outbrain, where he took the business from a start-up to a platform reaching billions of users and collecting hundreds of millions in ad revenue.