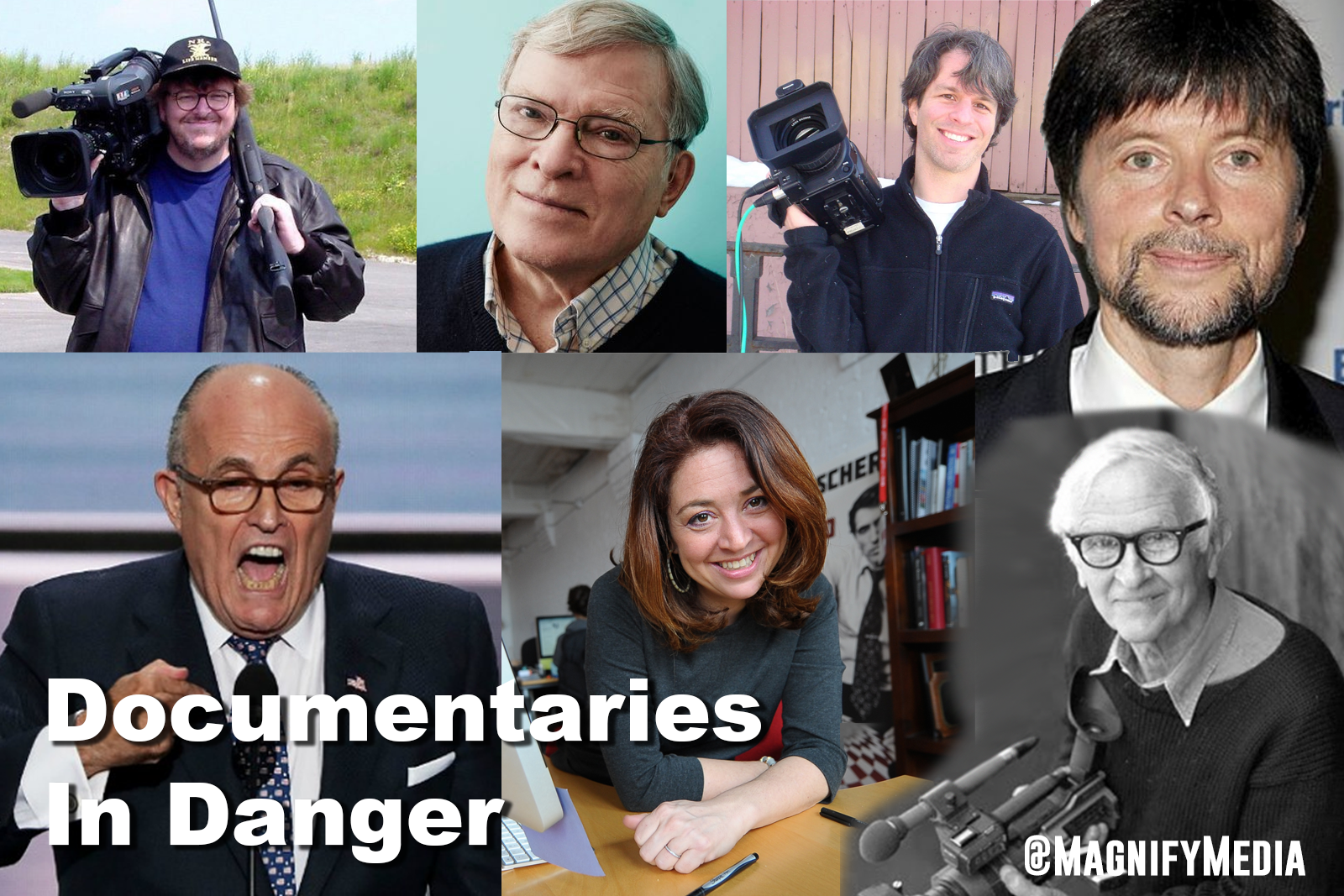 I’ve been a documentary filmmaker for most of my career.

I’ve made films about militia movements, great presidential moments, 9/11 and the days thereafter, and life on the campaign trail with John Kerry.  And I’ve been a passionate and active member of the documentary community, serving as a trustee for the International Documentary Association and as one of the founding members of Producers Guild East.

These are passionate, hard-working, serious storytellers. They’re all different of course. Some use humor, others provide a personal perspective, others build a compelling case with facts and hard data. Part of the beauty of this form is that it has a big tent for voices and storytelling styles.

I love the documentary world. I’m proud of my colleagues. And I’m passionate about the future of the form.

Which is why I’m so concerned about how casually Rudy Giuliani is using our precious and honorable form of storytelling as a weapon.

Last week Giuliani traveled to Ukraine. His mission was to produce a documentary. So, is he a filmmaker? Is he on-camera talent for this film? Is he the documentary's director?

We know little other than the film’s funder, and its upcoming title.

Giuliani is traveling with a crew from conservative news channel One America News (OAN), for a series that has already produced two episodes.  Episode #3 is titled: “Ukrainian Witnesses Destroy Schiff’s Case: Exclusive with Rudy Giuliani.”

Which forces us to ask a very hard question: Where is the line between honorable documentary reporting and propaganda? And has that line already been crossed?

In his role as President Trump’s “personal attorney,” Giuliani’s efforts abroad are part of his latest attempt to bolster Republican claims that there was no quid pro quo involved in Trump's discussions with Ukraine's president -- and thus no grounds for impeachment.

"I'm just a country lawyer trying to show his client is being framed. I will do it," Giuliani told Fox News on Wednesday.

"Part III of this One America News Investigates series is currently in the works with OAN investigative staff outside the United States conducting key interviews at undisclosed safe houses," an OAN statement said. "Additional information on Part III will be provided upon return of OAN staff to US soil."

And OAN, the network funding and presenting this material with the moniker "documentary" is clear about its political voice. According to Wikipedia:  "OAN is pro-Trump. Robert Herring, Sr., founder of the network, has ordered producers to promote certain types of content, such as pro-Trump stories, anti-Clinton stories, and anti-abortion stories, and minimize stories about Russian interference in the 2016 presidential election.”

Which brings us back to the word “documentary" and the perilous place documentary filmmakers find themselves in.

Documentary filmmakers are often drawn to the form because they want to reveal an important truth. But Giuliani’s "mission," as he’s made clear, is to go in search of evidence for his "client" and then return that evidence back to the White House, making his cover of a documentary little more than a ruse.

At a time when the line between fact and fiction is under siege, the documentary community has an urgent need to ask Giuliani to stop using our craft as a cynical smokescreen.

“News anchors are not allowed to express opinions. They simply deliver the news and we leave it up to the viewers to decide. It’s not our family’s mission to determine the news” said Charles Herring, president of Herring Broadcasting, which owns OAN.

In 2000, his father, Robert Herring Sr., who is 78, sold the family’s business, Herco Technology, for $122 million. He retired and met a woman in Russia who became his third wife.

“Wouldn’t it be better if we started working with Russia, than to keep blaming them for everything,” Herring tweeted in October. “Lift sanctions, no NATO on their borders.”

I have no issue with political speech and people giving their opinions. But to use the cloak of “documentary” to make a film for a pro-Russia, pro-Trump, so-called "conservative" network seems to me a dangerous precedent that deserves the attention of the documentary community.

politics
3 comments about "Documentaries In Danger".
Check to receive email when comments are posted.
Read more comments >
Next story loading