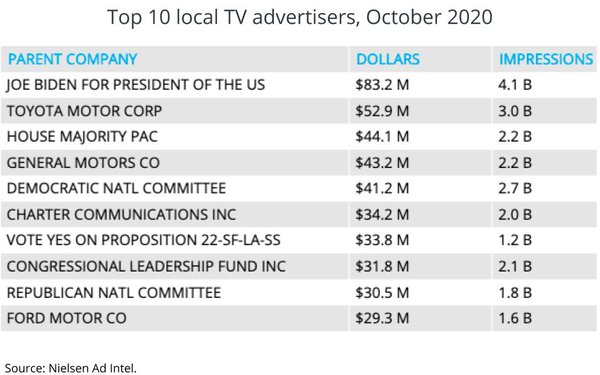 In the lead up to the 2020 presidential election, President Elect Joe Biden dominated the local TV airwaves, according to an analysis released today by Nielsen.

In general, Democrats outspent Republicans by a wide margin, too, based on the top 10 rankings, which also show the House Majority PAC ranking No. 3, and the Democratic National Committee ranking No. 5.