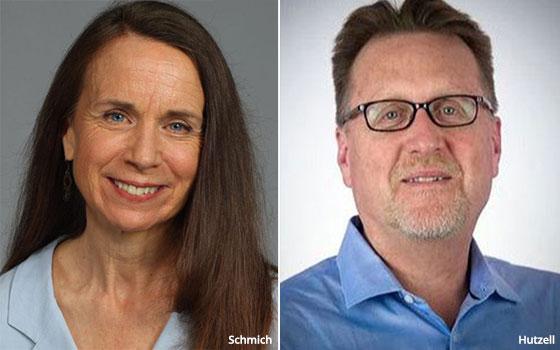 Tribune Publishing is losing two Pulitzer Prize-winning editorial journalists to buyouts in the wake of its purchase by Alden Global Capital.

The first, Rick Hutzell, is stepping down as editor of the Capital Gazette, the Annapolis, Maryland, newspaper that was the site of a newsroom massacre in 2018.

In addition, columnist Mary Schmich is leaving the Chicago Tribune.

Hutzell joined the Capital Gazette in 1987. Under his guidance, the paper received a special Pulitzer Prize citation for its coverage of the massacre.

“The murder of my five friends, Rob Hiaasen, Gerald Fischman, Wendi Winters, John McNamara and Rebecca Smith, changed me,” Hutzell wrote in a column on Saturday. “I always enjoyed the job. But I became consumed with the notion that it was my purpose to save the paper.”

Hutzell continued, “I’m not sure what’s next for me. I’ve spent a long time focused on this one thing. The buyouts offered by the new owners of The Capital and Baltimore Sun Media represented a chance for something new while I’m still young enough to enjoy it. The timing is not perfect, but when did opportunity ever come a-knocking on schedule?”

For her part, Schmich is leaving after 36 years with the Chicago Tribune, joining several columnists who have accepted buyouts, including John Kaas, Eric Zorn, Heidi Stevens and Steve Chapman, according to the Daily Herald.

Schmich received the Pulitizer Prize for commentary in 2012. She has been in the newspaper business for 41 years, as a reporter, columnist and even comic writer — penning the Brenda Starr strip for 25 years, according to the Herald.

“Forty-one years may sound like a millennium to anyone under 40, but to me, at 67, it seems about as long as it takes to say ‘abracadabra,’” she wrote, per the Herald.

Such developments are doubtless being repeated at the dailies owned by Alden, including The Baltimore Sun, Hartford Courant and New York Daily News. Alden offered voluntary buyouts to nonunion employees two days after it completed the acquisition of Tribune Publishing.