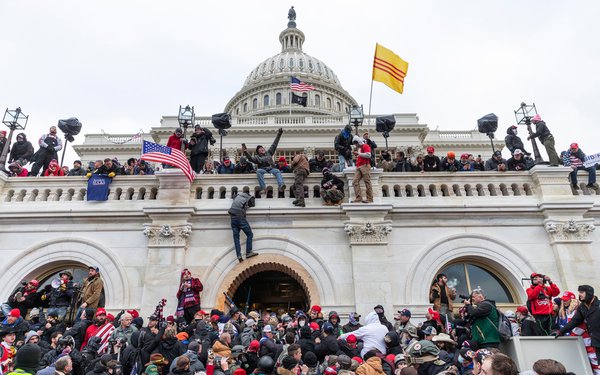 A federal appeals court has thrown out a libel suit filed by Epoch Times co-founder Dana Cheng against journalist Dan Neumann and the Maine People’s Alliance in a story that mentioned Cheng’s presence at the January 6 riot.

The court upheld a district court decision to dismiss the suit. “Because the plaintiffs have not plausibly alleged defamation under First Amendment principles, we affirm,” writes U.S. Judge Sandra L. Lynch.

The plaintiffs base their claim on the defamatory inference that Cheng participated in the violence on January 6,” Lynch continues.

“We reject the argument,” Lynch states. “The Article states that Cheng was "present at [the] Jan. 6 Capitol assault" and "present at the riot at the U.S. Capitol on Jan. 6."

These statements are “substantially true on their face because they accurately place Cheng at the Capitol during the events of January 6,” the judge continues. “The passive language of these statements suggests mere "presen[ce]" rather than active participation.”

The opinion also found that the headline was  factually true.

Cheng stated in a radio interview that she was present when the Capitol was breached. The headline merely states that she was "present" and is not defamatory.

Lynch continues that “The second statement -- that Cheng was ‘among the supporters of former President Donald Trump who were present at the riot at the U.S. Capitol on Jan. 6’ -- is non-actionable for the same reasons: Cheng stated as much during the interview.

The judge adds: “The third statement -- that Cheng "alleged during [her appearance on The Kim Monson Show] that the violence [on January 6] was perpetrated by anti-fascist infiltrators" -- is also substantially true.

Lynch goes on, “The remaining statements are not actionable because they are expressions of opinion and are unprovable as false. "Right- wing," "far-right," and "conspiracy theorist" are vague, judgement-based terms that "admit[] of numerous interpretations and are not objectively provable as false.”

It was not known at deadline whether plaintiffs Cheng and Epoch Times Group would appeal. The original case is on file with the U.S. District Court for the District of Maine.