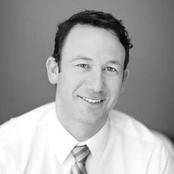 Scott Swanson is Co-Founder of Aki Technologies, a mobile advertising technology that deciphers mobile mindset to ensure more appropriate and effective delivery of advertising on mobile devices. Formerly, Scott served as President of Global Advertising Sales for Opera Mediaworks after Mobile Theory, a company he co-founded, was acquired by Opera Software in February 2012. At Opera, Scott oversaw a 250-person global sales team with offices in New York, Los Angeles, London, Buenos Aires, Moscow, and Singapore. Prior to founding Mobile Theory, Scott founded and ran 47 Media, a consulting firm that advises Fortune 500 brands and media companies on advertising technology and strategy. Scott ran the publisher network at Glam Media as its Vice President & General Manager, prior he served as VP-Business Development on the founding team of startup, Vitrue which was acquired by Oracle in June of 2012. Scott was on the founding team of Tribal Fusion, an Exponential company, where as Vice President of Network Development, he led the development of what became one of the industry's largest and highest-grossing advertising networks. Scott is a regular contributor to various trade publications including Mediapost, iMedia, and Digiday. As the CEO of Aki Technologies, Scott leads that company's explosive growth as they race to innovate and develop new mobile advertising products and services.