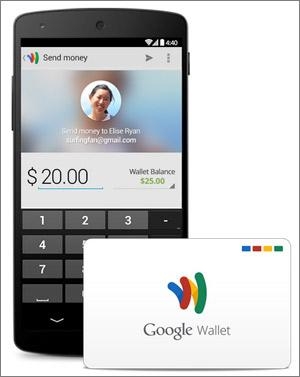 Google will introduce a plastic debit card to access Google Wallet accounts. The MasterCard-branded card will allow customers to make store purchases or withdraw cash at ATMs, without having to wait for money to transfer from their Google Wallet Balance to their bank account.

Google describes the card as a way to "spend anywhere," but it's only available to United States residents. Consumers can use the card to shop and pay in stores by swiping their card at millions of locations accepting MasterCard.

The system also sends Google Wallet users notifications when they spend money to keep tabs on all transactions.  There are no fees associated with the card, and no annual or monthly fees. Google also does not charge an ATM fee, although some ATM providers may charge a fee for cash withdrawals.

Similar to other cards, merchants may require the user to show their Wallet Card when returning purchases. Refunds made to the Wallet Card are deposited in the Wallet Balance. The card can only be used in the United States.

Google's move toward bridging the gap between the physical and the digital worlds became apparent earlier this week when the company said it would open retail showrooms for the holidays featuring products such as Nexus 7 tablets, Chromebook computers, and Chromecast video-streaming devices.

The Google Winter Wonderlab will open in six shopping centers across the U.S. featuring a large snow globe, complete with snow, allowing customers to take videos of themselves with the products to share online.