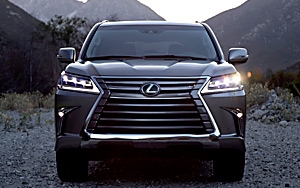 It's great to move metal, but there's a dark side to booming auto sales this year in the U.S.: customer satisfaction. It's down for the third straight year, according to the American Customer Satisfaction Index (ACSI), a cross-category independent study based on surveys of 70,000 consumers.

In the auto portion of the study, involving interviews with 4,294 consumers in April and June this year, customers’ satisfaction with their cars is down 3.7% versus 2014. That puts autos at 13th place, behind household appliances and ahead of specialty retail stores. On top of that list are TVs and video players. Among categories consumers are least satisfied with are Internet service providers, health insurance, the U.S. Postal Service, and airlines.

In the automotive category, there is a parallel between recalls, such as the huge Takata airbag fiasco, and satisfaction. The Index found that this year is delivering the lowest level of customer satisfaction since 2004 when recalls were also rampant. The study finds a 40% increase in recalls among survey respondents versus the second quarter last year, when recalls were double that they were in 2004.

“While it is true that all cars are now much better than they were 10 to 20 years ago, it is alarming that so many of them have quality problems,” said Claes Fornell, ACSI chairman and founder, in the report. “The number of recalls is at an all-time high. This should not happen with modern manufacturing technology and has negative consequences for driver safety, costs and customer satisfaction.”

But that's not all that's driving the numbers down. According to ASCI, a relative increase in sticker prices is also a big issue. Starting with “Cash for Clunkers” back in 2009, low sticker prices pushed satisfaction to its highest level ever, a trend that continued for several years after, per ASCI. The firm points out that consumers, having become conditioned to those prices, are now dismayed with the higher numbers, even though the increases reflect market dynamics.

In terms of individual brands, Acura last year was at the bottom of the industry in ASCI's study. Now, as one of only two brands that saw its numbers improve (the other is BMW), the Honda luxury unit is in second place behind Lexus, whose score was unchanged versus last year. Hyundai, Cadillac, Mazda also got the same satisfaction index numbers this year versus last. The biggest drop in satisfaction was FCA's Chrysler brand.

And the Japanese and Luxury brands still have the highest satisfaction numbers. Lexus took the top spot from Mercedes, whose score dropped 3%. And it may surprise a lot of people that Lincoln, Ford's luxury brand which had been out of the competitive picture for years, but which has gotten a lot more marketing and product development dollars since its relaunch in 2012, is second place in a three-way tie with Acura and Mercedes.