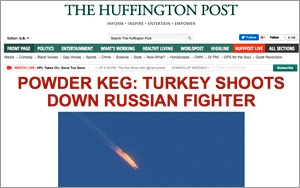 HuffPost Global Ventures is intended to enable the company to quickly create and scale targeted national and regional editions that are sensitive to local market conditions and the demands of news consumers -- a departure from its previous one-size-fits-all approach.

The effort includes a revamp of its content management, analytics advertising infrastructure to support wider distribution via new channels.

HuffPost is also working on distribution via third-party platforms in places it doesn’t have international editions, for example, partnering with WeChat in China. Social media distribution clearly figures big in HuffPost’s future. Back in September, HuffPost poached Facebook’s head of journalism partnerships, Liz Heron, to serve as executive editor and right-hand exec to Huffington.

In an email to staffers, Huffington noted the company’s success in expanding abroad since the launch of its first international edition in Canada in 2011.

It currently has distribution in 15 overseas markets and publishes in 10 languages, with 52% of total traffic now coming from outside the U.S., However, its ambitions are even broader, as Huffington laid out a long-term plan to reach 50 markets.

She also pointed to the global growth of the HuffPost Partner Studio, its in-house production outfit for native advertising, which is now serving every market where HuffPost publishes worldwide.