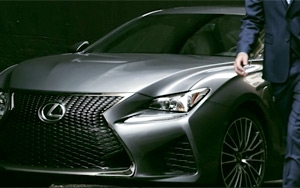 Volkswagen’s diesel-technology auto-da-fé notwithstanding, telematics technology, not drivetrain technology, is determining how owners gauge the reliability of their cars and trucks. That is unfortunate because consumers are not feeling the love from their telematics head units.

According to the J.D. Power 2016 U.S. Vehicle Dependability Study (VDS), problems with audio, communication, entertainment and navigation (ACEN) account for 20% of all customer-reported problems. If the firm’s numbers are statistically valid, this area is the most problematic on most vehicles, and according to J.D. Power, the cause of the industry’s 3% year-over-year decline in vehicle dependability.

The study says that the problems most often reported by owners are Bluetooth pairing/connectivity and built-in voice recognition systems misinterpreting commands. "Navigation system difficult to use" and "navigation system inaccurate" are also among the 10 most frequently reported problems.

Based on responses from 33,560 original owners of 2013 model-year vehicles after three years of ownership, the study gives Lexus top marks in vehicle dependability among all nameplates for a fifth consecutive year, followed by Porsche, which moves up from fifth place. After that are Buick, Toyota and Buick’s sibling at GM, GMC.

The study rankings are based on reports of problems for every 100 vehicles. And there are more of them this year -- 152 versus last year, when 147 problems per vehicle were reported on average. Of those who experienced a Bluetooth pairing/connectivity problem, 53% said the vehicle didn’t find/recognize their mobile phone/device.

Among owners who indicate having experienced a voice recognition problem, 67% say the problem was related to the system not recognizing/misinterpreting verbal commands. But the number of engine/transmission problems decreases to 24 from 26 last year.

Renee Stephens, VP of U.S. automotive at J.D. Power, stated that ACEN usability problems reported during owners’ first 90 days with their car are still keeping them up at night three years later. Those problems are happening in ever-higher numbers. The penetration of these features has increased each year -- and that, she noted, does not bode well for consumer acceptance of autonomous cars, the ultimate statement on navigation and communication technology.

“If you think about the technology problems from the study in the context of conversations around autonomous vehicles, the industry clearly has more work to do to secure the trust of consumers,” she stated. “Right now, if consumers can’t rely on their vehicle to connect to their smartphone, or have faith that their navigation system will route them to their destination, they’re certainly not yet ready to trust that autonomous technology will keep their vehicle out of the ditch.”

Ultimately, reliability drives both sales and loyalty, with about half of owners saying it is also a key reason they chose a certain make and model in the first place. More than half of the owners who had problem-free ownership went back to the same brand for their next purchase. That drops to 41%, for owners who experienced three or more problems with their vehicle. And only a third of owners who had to replace a component outside of normal wear items said they would definitely repurchase or lease the same brand again.

1 comment about "Lexus, Porsche, Buick Are Big Reliability Winners".
Check to receive email when comments are posted.
Next story loading