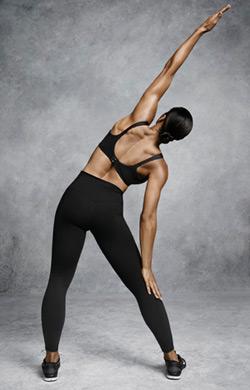 Nike, with more than 25 sizes in some of its bras, thinks it’s got the answer. So does Under Armour. And of course, Victoria’s Secret acts like it’s all over Millennial underwear preferences. So how come America’s young bosoms are unhappy?

Experts say Gen Y women don’t feel supported, and there’s a revolution brewing. “The entire fashion industry is moving toward products that truly perform, and bras haven’t kept up,” says Ani Collum, a partner and retail consultant at Retail Concepts, a Boston-based consulting company. “Across the entire consumer landscape, innovation is everywhere, with an especially big interest in technology in apparel. This is a category that is ripe for disruption.”

The NPD Group just released a report showing that Millennial women are already shopping differently, driven not so much by fashion or sex appeal as by coziness and performance.

“The comfort and wearability of the athleisure apparel trend that is embedded in the Millennial style vocabulary will compel them to seek the same type of comfort and ease of movement throughout their bra journey,” writes Marshal Cohen, NPD’s chief industry analyst. “This ultimately drives them toward different shopping behaviors than those of Boomers and older generations.”

NPD, which says annual U.S. bra sales fell 3% to $6.5 billion, reveals Gen Y women typically owns a more diverse collection of bras, and name sports, push-up and full coverage bras as the three types they are most likely to have been worn in the last week. (That compares with full coverage, wire-free and sports bras for non-Millennials.)

None of these shifts are lost on the traditional big players, such as Hanes, which owns Playtex, Bali, Maidenform, and Wonderbra. But sports companies seem to be making more progress. Nike, which devotes as much explanation to its bra technology as it does to some of its footwear, has made personal bra-fitting a key component in its women’s stores, offering as many as 25 different sizes. Under Armour bills its products as “the hardest working bras in sports.” And of course, Victoria’s Secret, still the market leader, continues to equip its associates with a tape measure to help women find just what they want.

Fit continues to be a major hurdle. But efforts from old-school brands (like Jockey, which launched a home “fit kit” several year ago) and Silicon Valley start-ups (including True and Co., which has gotten big buzz by fitting women based not on measurements but a two-minute quiz) have not exactly caught fire. And the fashion blogosphere has panned both for their inaccuracy.

Numerous studies have found as many as 80% of women wear bras that don’t fit properly, and so they take bra shopping seriously, leaving little room for impulse buys. NPD reports that 80% of bra buys are planned, and that at the end of this shopping session, more than half of all women buy three or more at a time.

But there are riches ahead for the companies that can crack the code: “Because it is so difficult to find one that fits, there is tremendous brand loyalty. The lifetime value of that customer is tremendous,” Collum tells Marketing Daily.

Tech might help. Rigby & Peller, the British corsetiere that clothes both Queen Elizabeth and Lady Gaga, has 3D mirrors in some of its stores, which takes in dozens of different measurements as women turn around. A start-up called Trusst Lingerie is using 3D printing to help make larger sizes that are chic, comfy and functional.

Collum thinks niche players will have a better shot at capturing Millennial attention. Inspired by such men’s brands as Mack Weldon, an underwear company; Ministry of Supply, a brand that grew out of a group from Massachusetts Institute of Technology and a Kickstarter campaign, and Ten Thousand, a running gear company, “Millennials want real innovation. And they are super interested in brand transparency, clearing out all the clutter and understanding what a brand stands for.”

1 comment about "Gen Y's Most Wanted: A Disruptive Bra Brand ".
Check to receive email when comments are posted.
Next story loading