Late Night In America: What Is There To Say Anymore? 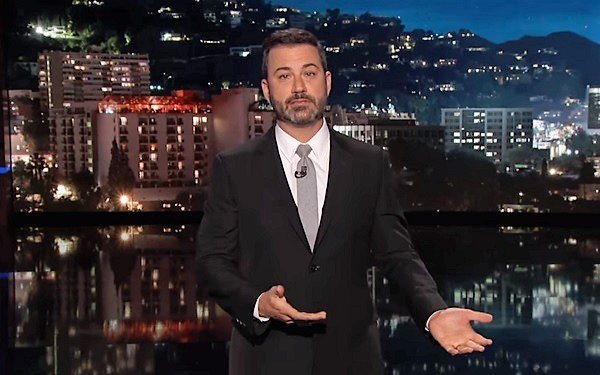 It was once one of those story topics that a journalist on the TV beat was sure to be assigned in the wake of some unspeakable national tragedy.

Round up the reactions on the late-night shows, an editor would request at the morning editorial meeting.

The resulting story would be about how the late-night hosts dealt with the tragedy by dispensing with the usual comedy and making an attempt at eloquence in their monologues.

Whether these serious monologues were indeed eloquent or even poetic was beside the point. Criticizing them on the basis of their strengths or weaknesses was inappropriate under the circumstances.

The point of the stories was to show how late-night TV and the men who hosted the shows tried to articulate how the rest of us felt after a mass shooting, a terrorist attack or a Space Shuttle disaster.

In this respect, late-night TV stood apart from other TV dayparts. In the context of tragedies in the news earlier in the day, late-night was seen as an end-of-the-day destination where the nation went in search of perspective. Yes, there was a time when we really believed this.

In the period of my career in which I wrote the bulk of these kinds of late-night round-up stories and columns, there were fewer late-night shows than there are now, and they each had larger audiences than any one late-night show has today.

For those round-up stories, the monologues one would turn to were Leno's, Letterman's and Jon Stewart's on “The Daily Show.” Jimmy Kimmel earned inclusion after he came along in 2003.

Does late-night TV still serve this same purpose today? My own opinion is that audiences today are so fractured, and using so many platforms -- TV or otherwise -- that almost no national TV media has the impact it once had, say, 10 years ago.

This week, following the latest massacre in the news, I find I am not as interested as I once was in going in search of the late-night monologues for a round-up of late-night reaction.

I am sure the various late-night hosts did the best job they could on the shows they were obligated to produce on Monday night, barely 24 hours (give or take) after the horror in Las Vegas.

But we've been down this road so many times before. What more can they say now? What can anyone say now?

Not to necessarily elevate Jimmy Kimmel over any of the others at such a time, but he did a very fine job on “Jimmy Kimmel Live” Monday night on ABC. Here is what he had to say.

news, tv
1 comment about "Late Night In America: What Is There To Say Anymore?".
Check to receive email when comments are posted.
Next story loading