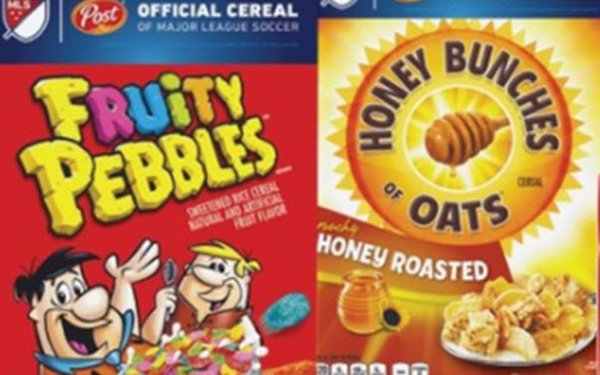 As the official cereal sponsor, Post will have visibility in stadiums at more than 370 MLS games, and through their national TV broadcasts.

Retail marketing efforts, including availability of limited-edition MLS-themed boxes of Honey Bunches of Oats, Pebbles, Honey Comb and other brands, will be implemented during June and July. The backs of the boxes will feature cut-out player cards.

"Soccer is the fastest growing sport in the country, with more than 18 million registered youth players in the U.S.," said Roxanne Bernstein, chief marketing officer at Post Consumer Brands. "Partnering with Major League Soccer is a meaningful way for us to connect with these fans, including Hispanic families and younger millennials. We look forward to evolving the program with MLS over time."

Post Consumer Brands, which was formed through the merger of of Post Foods and MOM Brands in May 2015, is the third-largest cereal company in the United States.