Why So Little Advertising Support For DACA? 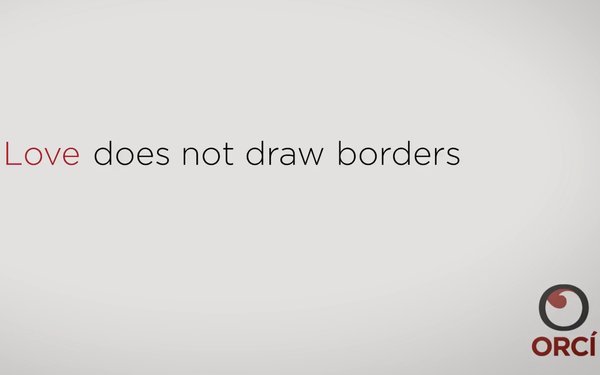 Should marketers be more explicit about their support for the Dreamers? At least one Hispanic marketing and advertising agency executive says so.

So far, though, major corporations mainly have shown their support the Deferred Action for Childhood Arrivals program by sending letters urging President Trump and other leaders to keep the DACA program that lets the U.S.-born children of undocumented parents stay in the country, and to work for legislation for a permanent solution. There are more than 800,000 Dreamers.

The political football that DACA has become keeps it in the news. Marina Filippelli, COO of the Santa Monica, Calif.-based Orci advertising and marketing firm, believes it’s an issue involved advertisers should be addressing head on. Her firm has created one such video (screenshot above).

“In general, we believe that if the message comes from a sincere and authentic place, it will be seen as such by the general public,” Filippell said in a email question-and-answer session. “Brands must be able to stand behind anything they support publicly and be authentic in the role they play, and there are different ways to do this and some are more subtle than others. In a nutshell, it’s about staying true to a brand’s beliefs and those of its target audiences.”

Today, in a press conference announcing he would sign a new $1.3 trillion spending bill, Trump denounced Democrats for working to keep it out of the spending package and assured Hispanics that he wants a DACA solution. Trump has essentially said he would support keeping DACA if Democrats would agree to his proposed $25 billion Mexican wall. The debate in Congress and the White House will continue.

Gilbert Davila, co-founder of a Hispanic-targeted organization focusing on multicultural marketing called the Alliance for Inclusive and Multicultural Marketing (AIMM), said the idea of explicit advertising with a DACA theme would be fine, but he also said the support from corporate boardrooms is powerful.

“They’re standing up and making it clear how they feel,” he said of the hundreds of top corporations to attach their names to a letter to the President. But he said, “I haven’t seen an ad highlighting the DACA situation.”

AIMM was founded through the Association of National Advertisers. On Thursday, Davila happened to be in a meeting with executives from throughout the advertising ecosystem, and asked if they were aware of any conversations about creating DACA-supportive ads. None did, though they support it.

But Davila suggested lobbying can be just as successful as marketing. “There’s a saying that at the end of day the color that really matters is green,” Davila said.

Many of the Fortune 500 companies have made their stand in support of the Dreamers, but Davila concedes, “You’d be surprised. There are many on that list below the top tier that still aren’t paying attention to the opportunities” the growing Hispanic market represents.

Last September, more than 350 business leaders signed on to two letters urging leaders of Congress and the President to preserve the Dreamers act. Tech firms like Apple and Microsoft, and retailers including Walmart and Best Buy were among them.

“Unless we act now to preserve the DACA program, all [these] hardworking young people will lose their ability to work legally in this country, and every one of them will be at immediate risk of deportation,” a letter said. “Dreamers are vital to the future of our companies and our economy. With them, we grow and create jobs. They are part of why we will continue to have a global competitive advantage.”