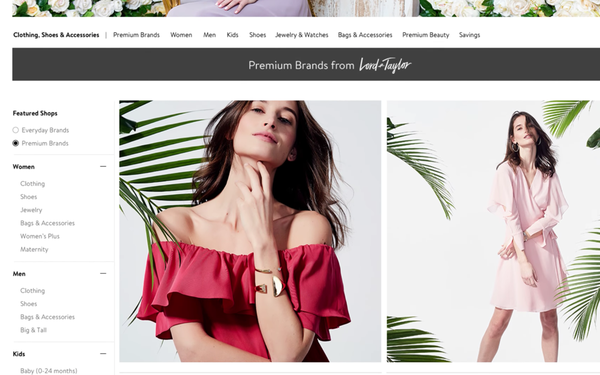 Lord & Taylor, which recently launched its online partnership with Walmart, is leaving New York’s Fifth Avenue. HBC, the venerable chain’s Canadian parent, says it will close 10 stores, including the famous flagship, as part of its ongoing efforts to “right size” the struggling chain and build up its digital strength.

HBC, which also owns Saks Fifth Avenue and Hudson’s Bay, says it is also selling off Gilt, the online retailer.

Repositioning Lord & Taylor also includes new management. “With a new leader dedicated to evolving our experience and merchandise assortment to best meet customer expectations and shopping preferences, we will take advantage of having a smaller footprint to rethink the model and focus on our digital opportunities," says Helena Foulkes, HBC's CEO, in the announcement. “The Lord & Taylor flagship on Walmart.com, which launched last week, is a great example of this and represents how we are thinking about the entire business."

Last fall, the company sold the Fifth Avenue Lord & Taylor location to WeWork, leasing back a portion for retail. The decision to entirely leave the building, opened in 1914 and long famous for its classic architecture and elaborate Christmas windows, “reflects Lord & Taylor's increasing focus on its digital opportunity and HBC's commitment to improving profitability,” it says.

Like many department stores, the Toronto-based HBC is searching for ways to add digital sales while keeping its physical shopping stores relevant, with mixed success: In its just-announced first-quarter report, it says total sales increased 1% to $3.1 billion (Canadian), while comparable sales dropped 0.7%. At Saks Fifth Avenue, comparable sales grew 6%. Sales also fell 3.5% at its Saks OFF Fifth discount chain. Its net loss for the period rose to $400 million, compared with $221 million in the same period a year ago.

The company says the decision to sell Gilt, which it bought two years ago, to Rue La La, the flash sales site, will allow it to focus resources and time on operations with the most potential. (Rue La La says it will now become the Rue Gilt Group, and that the deal is expected to close next month.) It says Gilt contributed less than 4% to its sales last year.

The results disappointed observers, but some are encouraged by news of the cuts. The sales of Gilt and the reduction of Lord & Taylor’s square footage, writes Christina Boni, vice president and senior credit officer at Moody’s Investors Service, “are expected to improve profitability and bring a better balance between its brick-and-mortar and digital assets.”