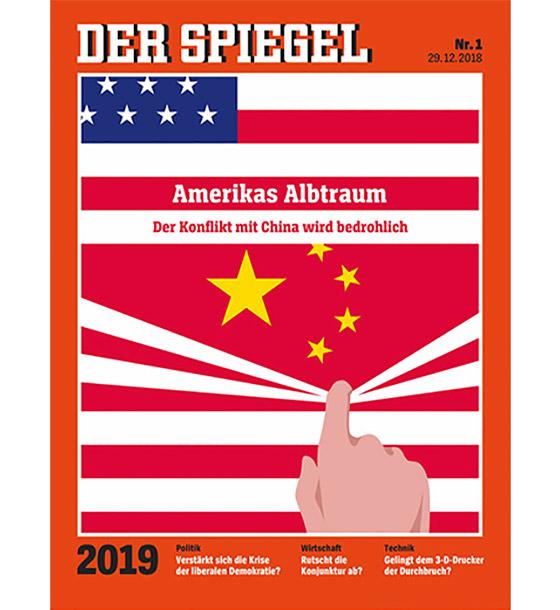 After revealing that writer Claas Relotius, who has won Germany’s Reporterpreis award four times, had fabricated much of the reporting he’d done for the publication, Der Spiegel has suspended two of its senior editors.

According to The Wrap, the outlet issued a memo announcing the suspension of editor-in-chief Ullrich Fichtner and chief editor Matthias Geyer. They will remain with the publication until it has completed an internal investigation around Relotius and the claims of fabrication.

The story revealing Relotius’s fraudulent reporting was a 7,300 word Der Spiegel feature called “In This Small Town,” which examined Fergus Falls, Minnesota, and posited a supposed snapshot of small-town rural America and its Trump supporters.

Relotius is also accused of invented events, dialogue and people in stories ranging from war orphans in Syria to an inmate at Guantanamo Bay.

The memo, written by Der Spiegel’s Steffen Klusmann, questions the ability of Fichtner and Geyer to remain in their jobs. He wrote: “The first discovered it for Der Spiegel, the second hired him and was until recently his superior. We could now hold to account anyone who has dealt with Mr. Relotius, and that could continue up to the top of the hierarchy.”

On December 23, Der Spiegel reported it would also file a criminal complaint against Relotius, following allegations he may have embezzled donations collected for Syrian street children.