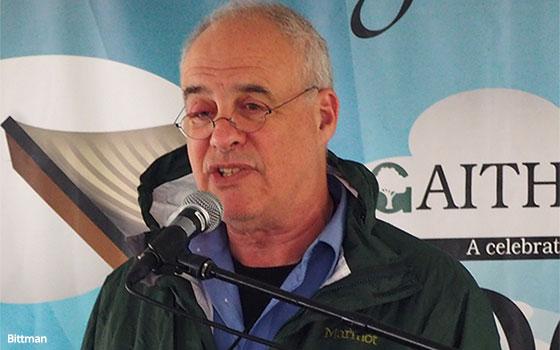 Following tweets from Salty and other supporters across Twitter, Bittman wrote Tuesday that his publication is changing its name and logo, following the revelations. He first issued an apology and claimed the similarities were a mistake.

Salty published its first newsletter in March 2018 and now counts 25,000 subscribers, 54,000 Instagram followers and has hit 1.6 million monthly impressions. The newsletter is not very active on Twitter for safety reasons.

Founder Claire F., who goes by a last initial to avoid harassment, was interviewed by The Washington Post following the revelations. According to the report, she found out about Bittman’s new publication after Salty contributors shared the link to The New York Times article.

Claire told WaPo she believes Bittman’s outfit either “haven’t done their due diligence, which is shocking, or they’ve seen us and have decided that what we do is of little consequence.”

Following the revelation, Medium’s cofounder Evan Williams emailed Claire, asking if someone from his company could speak with her. She has requested a face-to-face meeting and is seeking “tangible financial support” for the newsletter.

As she and Publishers Daily have noted, Bittman’s new publication received a larger amount of financial support from Medium than other fledgling titles.

"This whole mess is an example of it. They haven’t respected the voices of women, and trans and non-binary people.”