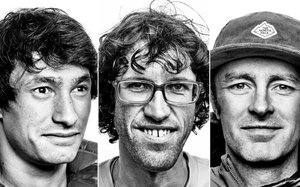 Just as the North Face was gearing up for its well-orchestrated Earth Day push, Canadian authorities announced a tragedy bigger than any marketing plan, recovering the bodies of three members of the company’s climbing team from an avalanche.

The climbers -- David Lama, Jess Roskelley, and Hansjörg Auer -- were caught in an avalanche last week in Banff National Park in Alberta, Canada, and had been presumed dead. But as confirmation of their deaths reverberated in media coverage and social media Sunday evening, the North Face carried on with its “Explore Mode” push on Monday, which urges people to step away from their offices and devices and unplug as they head outdoors. The company is also urging people to sign a Change.org petition to make Earth Day a national holiday.

“This isn’t a crisis for the North Face,” says Melissa Agnes, a crisis management strategist who has worked with such companies as Novant, Hilton and Merck. “It isn’t the company’s fault. But it is a tragedy within their community. As a brand, it is extremely important that it owns up to that role of leadership and take actions in alignment with their value.”

She says the company is doing a commendable job, in both sticking with its larger mission and commitment to Earth Day, while quickly moving to keep people as informed as possible, using Twitter and a tribute on the brand web site.

“It certainly wouldn’t have made sense for them to cancel what they’d planned,” she tells Marketing Daily. “What would have been wrong is waiting until tomorrow to do anything.”

Early in the day, there were no updates about the climbers: “We are closed today and out exploring. We’ve signed the Earth Day Petition because we believe love for our planet comes from having the freedom to explore it. #neverstopexploring"

Then the company woke up its feed with tweets linking followers back to an “In Memoriam” pages -- a move Agnes says strike the right balance. “This kind of tragedy is about human beings, and they’ve made it clear that these were some extraordinary individuals.”

The North Face did not respond to Marketing Daily.

Competitor REI has made a name for itself by shutting down its stores each Black Friday, encouraging employees and shoppers with its award-winning #OptOutside program. The North Face hoped to give the idea its own twist by linking it to Earth Day, as well as a way to build on its  #NeverStopExploring campaign.

And while Agnes says these three deaths are likely to cast a shadow over future events, “they won’t taint it. Earth Day is about the greater good of the planet. That resonates with the brand.”

Avalanche Canada says that so far this year, 12 people have died in avalanches in Canada,  While that’s already ahead of the average annual rate of 12 deaths per year, a spokesperson for the organization says avalanche safety training has reduced that average from 15, even as more people are exploring the backcountry.

The North Face, which is owned by conglomerate VF Corp., is no stranger to the risks of more extreme sports. In 2015, founder Douglas Tompkins (who also founded Esprit clothing) was killed in a kayaking accident in Patagonia.