Facebook Retreats From Plans For WhatsApp Ads... For Now 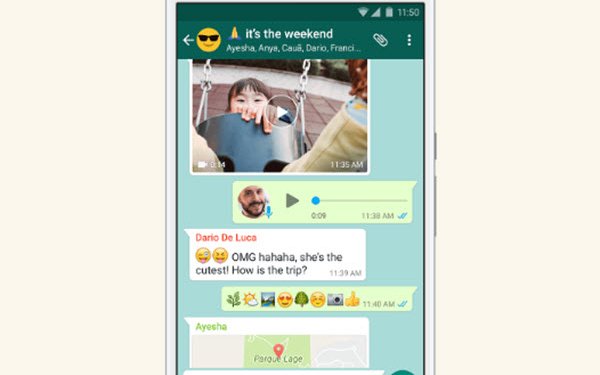 After years of angling to implement advertising in order to monetize WhatsApp, Facebook Inc. has retreated from that strategy, at least for the time being, according to Wall Street Journal sources.

WhatsApp has in recent months disbanded the team charged with determining how best to integrate ads, and the team’s work has been deleted from the app’s code, WSJ reports.

The company still plans to launch Status ads “at some point,” but is for now focused on monetizing and building out WhatsApp features for businesses, including customer communication and service, payments and commerce, per WSJ. Outside of the U.S. and Europe, the app is used mainly for business rather than personal communications.

Facebook, which paid a massive $22 billion to acquire WhatsApp in 2014, soon locked horns with the app’s creators, Jan Koum and Brian Acton, who firmly opposed adding ads to WhatsApp on privacy and user experience grounds.

Privacy and security drove the operational model of WhatsApp, in which messages are deleted from its servers as soon as they’re sent. Instead of ads, the creators charged download fees and a $0.99 annual subscription fee. In 2016, while part of Facebook Inc., they even went so far as to change WhatApp’s terms of service to forbid ads in the app.

However, Facebook — which initially told investors that it agreed that advertising was not how the messaging app should make money — made WhatsApp free for users after the acquisition.

Facebook began pressuring the founders about advertising, and announced its intention to implement ads in 2018. The WhatsApp founders — who had become multi-billionaires through the acquisition — left the company (Koum in Fall 2017 and Acton in Spring 2018).

The app, launched in 2009, had amassed 450,000 monthly users by the time Facebook acquired it. It now has more than 1.5 billion users worldwide.