Monopolies Suck, Even In The Digital Marketplace 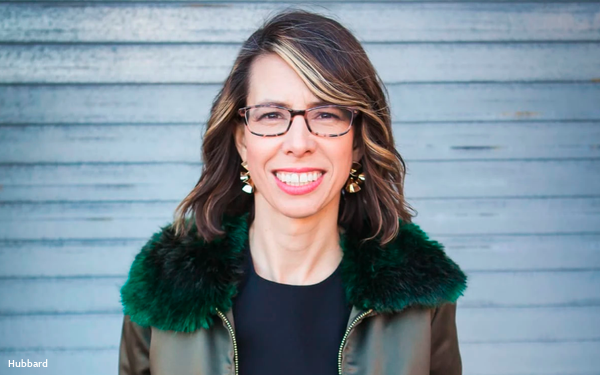 Will antitrust litigation move forward in the digital marketplace?

“Aggressively,” suggested Sally Hubbard, who I have collaborated with on monopolistic media measurement practices and who served as an Assistant Attorney General in the Antitrust Bureau of New York State.  And will ad pricing be a part of any antitrust arguments?

Hubbard was interviewed Monday by Teddy Downey, executive editor and CEO of The Capitol Forum for her perspective on how the July 29 House Judiciary Antitrust Subcommittee hearing has affected potential antitrust cases against the four companies -- Amazon, Apple, Facebook and Google -- whose CEOs testified about competition in the digital marketplace.

Based on what Hubbard assessed was well-prepared, well-informed, well-documented, and aggressive questioning, “the political will” to take further action was evident.  However, she considered that the information and the answers provided by the “emperors of tech” generally did little to help their cause.  Could it be that their remarks reflected Benjamin Disraeli’s famous statement: “There are three kinds of lies; lies, damn lies, and statistics.”

A key question was raised on the potential for ad pricing to be a part of any antitrust arguments.  Hubbard agreed the potential for ad pricing control by the Big 4 tech chameleons (including Microsoft, but excluding Amazon) exists and would almost certainly be a part of any forthcoming antitrust litigation by the DOJ or State Attorney Generals.  As was pointed out this would be despite many major advertisers now boycotting Facebook because of the toxicity of its content.

An antitrust cornerstone is “fair competition,” and Hubbard reminded the audience that excessive control of any channel always raises concerns.  It was clear to her, based on the internal documents that the House questioners had, that the acquisition of Instagram by Facebook was anti-competitive and demonstrated antitrust behavior.  Facebook’s monopoly position was, she believed, demonstrated by the return of some of these advertisers to Facebook or its owned competitor, Instagram – a primary substitute for Facebook. Her experience underlined that monopoly power includes the ability to control prices; companies cannot put their thumb on the scale to favour their own positions; and companies cannot own the platform and be part of the platform.  All conflicts of interest.

Hubbard may not be aware that media agencies have always prided themselves on being able to buy around any platform and certainly any media vehicle to achieve a brand’s goals.  Clearly Facebook’s consumer data control makes that a tough assignment.

While not a participant in the House hearings, Microsoft was referenced in this review regarding its potential for excessive market power and the bundling of its new video conference app, Teams, with Microsoft Office.  Its potential acquisition of TikTok which has raised serious privacy concerns also raises possible antitrust concerns.

In terms of outcomes and recognizing that, “The five do have tremendous monopoly power,” Hubbard considers that strong privacy laws together with aggressive antitrust litigation would open up the market to substantially increased competition.  The leverage of strong privacy laws is particularly crucial as it is the monopoly and control of consumer information that gives these companies such power.

Hubbard recognizes that, “ultimately consumers must demand privacy protection,” adding that, “Apple has moved towards such protections, which will likely enhance its market positions going forward.”

Her bottom line:  “It is not too late to protect democracy!”

Hubbard’s book, “Monopolies Suck” Simon & Schuster, will be out Oct. 13.  Cannot wait to obtain my copy.
Next story loading