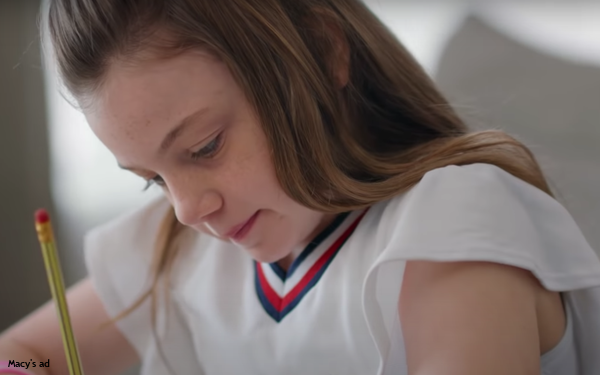 With back-to-school schedules everywhere in continual flux, this BTS shopping season has gotten as unpredictable as hurricane tracking. While the National Retailer Federation reports a large increase in consumer spending as parents buy pricey new laptops and desks for home schoolrooms, national advertisers are taking a hall pass. Kantar says advertising spending for back-to-school is off 70% so far this year.

The best word for consumer sentiment is still confusion. Kantar’s polling finds 13% of consumers are comfortable sending children back to school “as soon as possible,” 14% want to wait more than six months, and 25% fall somewhere in between one and five months. More than half of also say they don’t know.

Amid that confusion, retailers have scaled back ad spending. So far, Kantar says retailers have spent $23 million on BTS ads between June 22 and Aug. 8, compared with $76 million spent during a similar period last year. Those ads came from just six retailers, compared to 100 in 2019.

Last month, the National Retail Federation predicted BTS spending would hit a record $33.9 billion, up from $26.2 billion last year, and surpassing the record of $30.3 billion set in 2012. But instead of coming from the usual BTS items -- new backpacks, lunchboxes and apparel -- the gains are in electronics and furniture, as families try to make home “classrooms” more effective.

The latest data show that parents still aren’t sure what should be on their lists.

“Consumers still face a great deal of uncertainty even as school begins to start and are further behind in their back-to-school spending than they have been in years,” says NRF President and CEO Matthew Shay, in its recent report. “At this point, the majority of families expect to spend as much as they thought earlier this summer, if not more, and it’s largely because of the need to spend more on electronics.”

The NRF finds parents are revising their plans to update kids’ electronics. Its survey, conducted by Prosper Insights & Analytics and based on a sample of 7,569 consumers, finds that 34% expect to spend more than they thought in July, and 54% of those parents say it’s because they plan to spend more on electronics and computer equipment.

In its earnings report last week, Best Buy announced sharply higher sales for the quarter, even though its stores were mostly closed for six weeks of the period. And computing and mobile phones were by far the hottest segments, with sales up 47% from the same period a year ago.