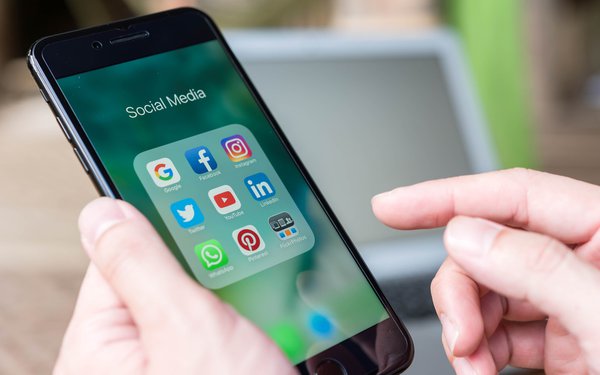 In a mixed ruling, a federal appellate court Tuesday refused to revive lawsuits against Twitter, Google and Facebook over terrorist attacks in Paris and San Bernardino, but reinstated some claims against the companies over a bombing in Istanbul.

The decision, issued by a panel of the 9th Circuit Court of Appeals, stemmed from three separate lawsuits brought between 2015 and 2017.

In one case, the family of Nohemi Gonzalez -- who was killed a 2015 terrorist attack in Paris -- sued Google for allegedly allowing ISIS to use YouTube to recruit terrorists.

The family made several claims under a 2016 law, the Justice Against Sponsors of Terrorism Act, which provides for civil lawsuits against people who "aid and abet" terrorists.

Among other claims, the family alleged YouTube materially supported ISIS by sharing ad revenue generated by its clips with the group.

Trial judges in the Northern District of California dismissed the lawsuits over the Paris and San Bernardino killings on the grounds that the tech companies were protected by Section 230 of the Communications Decency Act, which immunizes interactive companies from liability for users' posts.

A trial judge also dismissed the lawsuit over the Istanbul attacks, but for other reasons.

In a decision issued in October of 2018, U.S. District Court Judge Edward Chen in the Northern District of California said the family members' allegations, even if proven true, wouldn't prove the platforms aided and abetted the perpetrators.

“Allegations of revenue-sharing do not seek to hold Google liable for any content provided by a third-party,” Circuit Judge Morgan Christen wrote in the majority opinion. “Accordingly, we conclude that (Section) 230 does not bar the ... claims premised on sharing revenue with ISIS.”

But even without the protections of Section 230, the appellate judges said the family members' allegations didn't support the conclusion that YouTube's alleged revenue-sharing with ISIS amounted to aiding and abetting terrorism.

“Although monetary support is undoubtedly important to ISIS’s terrorism campaign, the [complaint] is devoid of any allegations about how much assistance Google provided,” Christen wrote, referring specifically to the complaint over the Paris attack. “As such, it does not allow the conclusion that Google’s assistance was substantial.”

The appellate court also upheld the dismissal of the lawsuit over the San Bernardino attack, but on the grounds that the allegations didn't support the conclusion that the attack was connected to ISIS.

The court revived claims relating to the Istanbul attack, writing that the victims in that case alleged that the companies “provided services that were central to ISIS’s growth and expansion, and that this assistance was provided over many years.”

Circuit Judge Marsha Berzon said in a separate opinion that she concurred with Christen, but only out of respect for the court's prior rulings.

“I concur in the majority opinion in full. I write separately to explain that, although we are bound by Ninth Circuit precedent compelling the outcome in this case, I join the growing chorus of voices calling for a more limited reading of the scope of section 230 immunity,” she wrote.

Circuit Judge Ronald Gould partially dissented, writing that he would have revived the lawsuits stemming from the Paris and San Bernardino attacks.

Tech companies have prevailed in several other lawsuits by victims of terrorist attacks.

In 2018, the 9th Circuit Court of Appeals sided with Twitter in a lawsuit brought by family members of men killed in a 2015 shooting in Amman, Jordan. In that case, the judges said there was no evidence that Twitter caused the shooting.

The following year, the 6th Circuit Court of Appeals refused to allow victims of the 2016 shooting at the Pulse nightclub in Orlando, Florida to proceed with a lawsuit against Google, Twitter and Facebook.

The judges in that matter said there was no proof that the social media companies caused the shooting.

The 2nd Circuit Court of Appeals also sided with Facebook in a lawsuit brought by victims (and their families) of terrorist attacks that occurred between 2014 and 2016 in Israel.

In that matter, the appellate court ruled that Section 230 of the Communications Decency Act protects Facebook from liability for activity on the platform by users, including ones linked to terrorist groups.

The appellate court specifically rejected the argument that Facebook's use of algorithms to recommend content should strip the company of Section 230's protections.

Last May, the Supreme Court declined to take up the case.