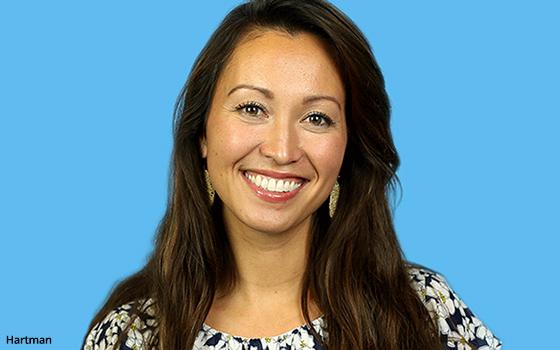 The E.W. Scripps Company has named Ethan Nelson head of program development, and Christina Hartman as head of news standards. Both appointments are effective immediately.

“Ethan and Christina will play a pivotal role in the news brands we are building — ensuring we deliver on our mission of providing context-driven, fact-based reporting at a time when America needs it most,” states Kate O’Brian, head of the news group for Scripps Networks.

Both report to O'Brian.

Nelson previously worked at ABC News holding as senior producer at “Nightline,” executive broadcast producer for “Good Morning America” and most recently, executive producer of “What Would You Do?”

In addition, Nelson has served as a senior executive producer for Al Jazeera America and as vice president of development at Sharp Entertainment,

Hartman previously was vice president of Newsy, Scripps’ opinion-free news network, set to launch over the air in around 90% of U.S. TV homes and all major markets on Oct. 1.

“Christina will hold Newsy and Court TV’s reporting to the highest standards, and Ethan brings more than a decade of programming experience and ingenuity as we look to expand our offerings to audiences across the country seeking great storytelling and original reporting,” O’Brian continues.