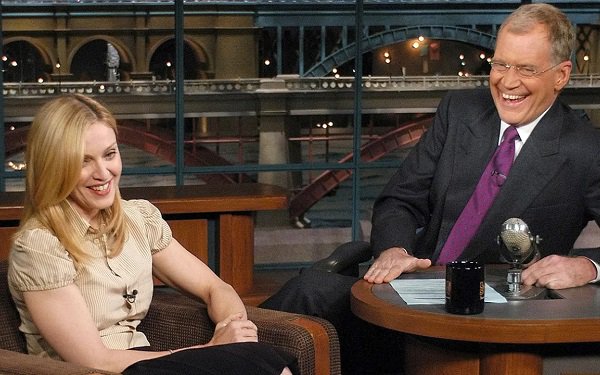 The TV business has been expanding by leaps and bounds over the last decade or more -- new networks, platforms, streaming services, thousands of new shows -- but there is one category of the biz that seems to have fallen by the wayside: Controversy.

Time was, controversies, feuds, battles and naughty late-night appearances used to break out all over the place on TV.

Rosie O’Donnell vs. Elisabeth Hasselbeck on “The View,” Drew Barrymore cavorting atop David Letterman's desk and flashing him, and Donald Trump feuding with just about everybody -- these stories and so many more like them were once a TV-beat journalist's bread and butter.

More importantly, they were emblematic of the way some sectors of the television business were not reluctant to take chances, challenge boundaries, argue or act spontaneously.

Today, with all of the TV shows being presented all over the place 24 hours a day, I cannot think of a single news-worthy controversy that has emerged from any of them in the past 10 years or so.

Sure, many who identify as left- or right-leaning can find “controversy” every night in the diatribes of cable TV's firebrand yakkers such as Rachel Maddow on the left and Tucker Carlson on the right.

But the nightly opinion shows on MSNBC, CNN and Fox News Channel are not really controversial in the true sense of the word since they do the same thing every night.

Moreover, their audiences are hardly national in scope or attention. In a now-bygone era, controversial utterances and behaviors on TV were noticed and reported on because shows back then had bigger audiences and thus greater impact.

In addition, real TV controversies -- the ones that used to make national news -- were not everyday occurrences. They usually erupted suddenly, organically and spontaneously.

Rosie and Elisabeth had another heated argument on “The View”? The story was written just an hour or two later and splashed on the front page the next morning.

Trump feuding with Jerry Seinfeld, Bill Maher, Seth Meyers, Jay Leno, Debra Messing and heaven knew who else? The Donald was only too glad to talk to any journalist about them who knew how to reach him.

On “Letterman,” Drew Barrymore suddenly hiked up her shirt for Dave, Farrah Fawcett was incoherent, and Madonna (pictured above) presented Dave with her unlaundered underwear. Earlier, on NBC's “Late Night,” Cher called Dave an asshole.

Other such stories included Oprah eviscerating the author James Frey on her talk show after the world learned that his supposedly non-fiction account of his drug addiction -- “A Million Little Pieces,” which she had promoted to bestseller status -- was partly fabricated and fictional.

Other topics that made news: The Fox reality special “Who Wants to Marry a Multimillionaire” that was talked about for weeks after it aired, the daily brawls on “Jerry Springer,” and Jimmy Smits' naked butt on “NYPD Blue.”

Today, no single TV show captures the attention of the multitudes as in years past. A feud on “The View” would not be news today because really, who talks about “The View” anymore?

Another difference between yesterday and today: Subjects that were once controversial years ago such as excessive language, nudity, sex, violence and fighting on “Springer” are now the norm.

On TV today, nothing is controversial anymore because nothing is taboo anymore. Today, anything goes. And what's the fun in that?

Photo courtesy of CBS.
television
1 comment about "Controversies Are A Thing Of The Past In Today's Anything-Goes TV World".
Check to receive email when comments are posted.
Next story loading