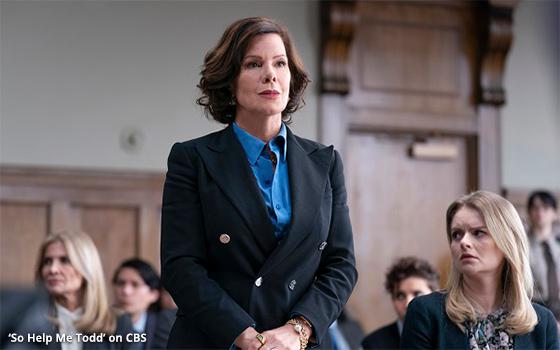 Like TV doctors and cops, TV lawyers are a fantastical species the likes of whom are never encountered in the real world, including two new superlawyers coming next month.

Over the course of TV history, superlawyers have come to television over and over again with powers and abilities far beyond those of mortal attorneys not seen on TV.

Their knowledge of law and legal precedents is second to none. Like Superman, they wage a never-ending battle for truth and justice.

They are fiercely loyal and faithful to their clients, dedicated to their welfare, available at any time to raise their spirits, and uber-confident of victory and vindication in court.

Indeed, TV lawyers seem never to have another client except the one they are working tirelessly for each week. Fees? These are never discussed.

At least two more wonder-lawyers will be introduced next month. One is named Jax Stewart, played by Angela Grovey, in “Reasonable Doubt,” coming to Hulu on September 27.

“On ‘Reasonable Doubt,’ you’ll judge Jax Stewart for her questionable ethics and wild interpretations of the law … until you’re the one in trouble,” reads Hulu’s boilerplate description of the show and the character.

Then comes the real kicker: “Then you’ll see her for what she is: the most brilliant and fearless defense attorney in Los Angeles, who bucks the justice system at every chance she gets.”

The most “brilliant and fearless” attorney in all of Los Angeles? Wowzers!

The other superlawyer arrives two days later on September 29 -- Margaret Wright, played by Marcia Gay Harden (pictured above) in the new CBS courtroom drama “So Help Me Todd.”

Like Jax Stewart, Margaret is no ordinary attorney. The press material for the show describes her as “meticulous” and “razor-sharp,” but falls short of declaring her the best defense attorney in all of L.A.

Not to be outdone, Margaret’s aimless son, Todd (Skylar Astin), the show’s title character who she hires as her in-house investigator, is described as “talented but scruffy,” a veritable diamond in the rough.

What’s the key to finding the most brilliant and fearless attorney in your city or town? Look for them on TV, of course.