The new “Group Management Team” is headed by Hiroshi Igarashi, who continues president & CEO Dentsu Group. He will oversee a 21-person team with executive responsibilities and a handful of others.

The team running the company remains largely intact with a number of Dentsu International executives taking on new or additional duties under the new organizational chart.

One big change: Nick Priday, who has been Chief Financial Officer at Dentsu International, has been promoted to CFO Dentsu Group. The company said that Priday’s appointment marks the first time that an executive who is not Japanese takes on CFO responsibilities for the entire company.

Jeremy Miller, the long-time McCann Worldgroup head of communications who joined Dentsu International in September in a similar capacity, has been promoted to Chief Communications Officer, Dentsu Group. He’s tasked with formulating global communication strategy as well as “driving employee engagement and the Group’s external reputation.”

The regional heads remain in place with new Dentsu Group titles. Jacki Kelley, who has led the Americas region as CEO will continue in the role with the added responsibility of Chief Global Client Officer for clients outside Japan.

The Dentsu International brand sunsets when the restructuring takes effect in January. Wendy Clark, who led the operation since 2020, earlier announced that she would leave the company as it transitions to the reorganization.

Michael Komasinski, who has led Merkle and Dentsu’s consumer experience practice will continue to do so as CEO, CXM International Markets.

Igarashi stated that the unified management structure would “allow us to achieve global business growth and improve profitability through synergies and increased efficiency.” 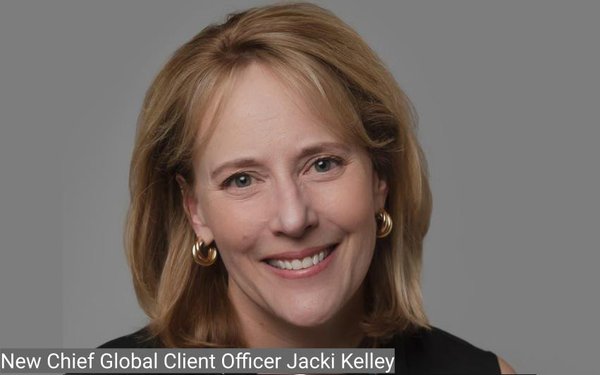