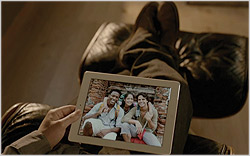 Moments, Moods and Modes: 'Tablet' Is Not 'Mobile'
by Steve Smith, Staff Writer

We like to say that tablets are not mobile devices. But facing up to this simple truism should lead to smarter, more efficient targeting of consumers when they are in … Read the whole story

Read Now »
Around The Net
In Case You Missed It