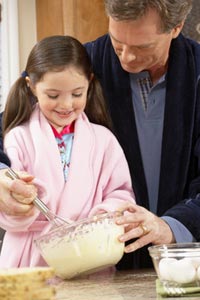 The economic downturn’s effects on Americans’ aspirations and behaviors have enormous implications for brand marketing in 2012 and beyond, according to a new report from Leo Burnett Chicago.

Burnett’s strategic teams, led by chief strategy officer Stephen Hahn-Griffiths, used the agency’s own ongoing (since the recession) BrandShelter behavioral study, learnings from client research, and recent government and third-party research to analyze the changes in Americans and society.

The overall take: Traditional American life-plans and aspirations, family makeup and male/female roles are increasingly irrelevant to much or most of the population. Shopping behaviors have been transformed, and there is growing demand for food and other products/services that can offer relatively inexpensive, immediate gratification (health and nutrition awareness notwithstanding).

In 2012, brands need to adjust to these realities “and find relevant ways to connect with new audiences and influencers, or risk losing loyal customers at an alarming rate," stresses Hahn-Griffiths.

Six key trends, and resulting implications and opportunities for brand marketing, are summarized in the report, dubbed “Humankind 2012: The Transformation of Aspiration”:

1. Sense of fairness in decline; happiness inequality on the rise. Americans, who as a population traditionally have been “optimistic and happy…regardless of social class,” are now by and large unhappy -- and not surprisingly, those with lower incomes are least happy, according to the report. With the bottom 40% of households having less than 1% of the country’s wealth, “The deck is stacked, and people are suspicious,” the report concludes. “Feelings of inequality and unfairness are rampant.”

Brand implications: The winning brands will be those that “consistently deliver acts of fairness and behave with morality,” according to Burnett. Companies that treat all customers fairly “will earn Americans' trust and patronage.”

2. The end of the “average” American family and the decline of the traditional “Big Plan.” Getting educated, marrying, having kids and climbing the corporate ladder is a plan that “still exists, but only for some,” sums up Burnett, noting that 40% of American children are now born to unmarried mothers, and that more couples are having children out of wedlock. In short, “People define their own family situations and shape their lives according to their own needs,” rather than trying to conform to peer-group behaviors or lifestyles.

Brand implications: Popular media have been slow to catch up with the changing family makeup and lifestyles. Employing diverse images of family “ring true with consumers and can be a great way to show how your brand fits into today's reality.”

3. The traditional masculine archetype is over. The old rules that defined a man’s role in the home and at work “do not apply in today’s world” -- at least in part because men account for two-thirds of recessionary job losses, says the report. In fact, it observes, 77% of all men report that they are comfortable with their wives earning more than them, and 72% report that they are okay with staying home to take care of the children.

Brand implications: Speak with caution when referring to traditional views of masculinity. Instead of focusing on a specific gender, focus on “shaping identities and transforming individuals.”

4. “Healthy” is in the eye of the beholder. Despite growing awareness of the obesity crisis, food tends to be viewed as an affordable luxury -- a way to treat oneself when being forced to cut back in other ways. While 47% of Americans say they would like restaurants to offer healthier items, just 23% actually order those items.

Brand implications: Regardless of whether brands are in the food industry, they should think about how to satisfy consumers' desire for smaller, bite-sized luxuries. “A small amount of satisfaction can go a long way.”

5. Collective bargaining is a survival weapon. Daily-deal giants such as Groupon and LivingSocial have paved the way for Americans to score deals on everything and anything. “People don't expect or want to pay full price ever again, and collectively demand better deals and offerings in the palms of their hands, each morning.” Fully 73% of U.S. consumers report having used a digital coupon, and 58% report following brands for deals.

6. Social/mobile technology: Consumers want value, not novelty. There will be 20 million new smartphone users in 2012. These users want to leverage social platforms and mobile within their shopping and buying repertoires, but they need these to add value, not noise.

Brand implications:To activate shoppers through social and mobile, marketers need to identify the problems that shoppers are trying to solve and provide informed solutions. Brands that don't provide practical experiences will be ignored.