Automakers To Get Small In Detroit 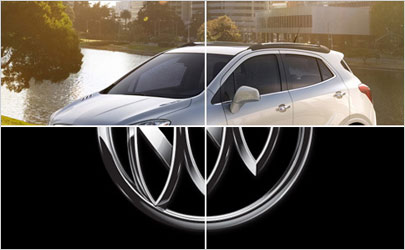 The North American International Auto Show is around the corner, with press days on Jan. 9, two days before Cobo Hall's doors open to the public. The focus will be on smaller cars, and smaller, smaller cars, with a smattering of SUVs, supercars, and sports cars. And automakers will use the show to hint at what's happening in their design studios.

Toyota: will debut NS4, which the automaker says is an advanced plug-in hybrid concept vehicle, as well as the Prius c hybrid. Lexus will show the LF-LC 2+2 sport coupe, a "design exercise" on where the brand might be heading from an aesthetic perspective. The vehicle also shows what's happening inside the automaker's Calty design studio in Newport Beach, Calif.

Honda: Will also debut a style exercise, but for the ninth-generation Honda Accord Coupe. The company characterizes the new look for the nameplate, which is 35 years old this year, as "dynamic and aggressive." The 2013 model-year vehicle goes on sale next fall. The automaker's luxury division, Acura, will introduce three new vehicles, including the much-desired-and-admired NSX, which might be called a super car for the merely affluent. Also new for Acura is a design direction that dispenses with an aesthetically polarizing front grill motif the company has been putting on its vehicles for a couple of years. The other Acura cars being revealed in Detroit are a new compact sports sedan nameplate, and a redesigned version of the RDX crossover/SUV.

Nissan: The Franklin, Tenn.-based Nissan USA will unveil the newest version of its long-lived SUV, Pathfinder. It will be technically a concept vehicle, though near-production, and will offer a completely new platform and body design, which Nissan says will be more aerodynamic than Pathfinders of yore. The automaker will also show an all-electric van concept, a Nissan NV outfitted as a Detroit-themed “Food Truck” and Nissan CEO Carlos Ghosn will deliver the opening keynote at the Automotive News World Congress on Jan. 10.

General Motors will show a new version of the almost-new Chevrolet Sonic subcompact, which launched this year as the U.S.-made replacement for the Aveo. The Sonic, which is the only subcompact car produced in the U.S., vies against vehicles like Toyota Yaris, Honda Fit, and Ford Fiesta. GM's Cadillac division will unveil its own new smaller vehicle -- the 2013 Cadillac ATS, which is meant to caulk a niche the automaker has desperately needed to fill: a vehicle to fight the BMW 3-Series, Audi A4, and Mercedes-Benz C. Word has it the car is both high-performance and gas conscious. Buick, meanwhile, will show a new -- and its first -- compact crossover called Encore, which comes in beneath Buick's hit SUV the Enclave. Buick has been teasing the Encore by showing parts of it online. On Tuesday, the automaker showed the upper portion of the vehicle on its Facebook page.

Ford: The Dearborn automaker has been teasing the next-generation Ford Fusion, which is among the vehicles it will reveal at the show next month. The automaker has been showing elements on the car as part of a digital app for Android and iOS. Ford's Lincoln division will unveil its future design direction in the form of a concept version of the MKZ car. I've seen it, but can't say anything about it or I'll be tracked down and shot.

Chrysler: The focus will be on Dodge, which brings out its replacement for the Caliber -- which, like the recently revived Charger and Challenger cars, has a name from the brand's halcyon years: Dart. The automaker is doing something others have found success with: adding upscale amenities to entry-level compacts and below as it goes after cars like Ford Focus, Honda Civic, Chevy Cruze and Corolla. The car will have Euro design cues and things like navigation built into the main instrument cluster.

The Tatas: Well, it turns out that the 2012 New Delhi Auto Expo in India begins a couple of days before and overlaps a bit with the Detroit show. Since the U.S. is still the big dog in the global car market (okay, China is the bigger dog), it seems like a no-brainer that automakers will stick with the U.S. show. But India has cracked the top ten, and is nearing the top five. Given that, and the fact that India-based Tata was at the Los Angeles Auto Show anyway with its Jaguar and Land Rover brands, it's not too surprising that as Autoblog reports, they are opting for India instead of Detroit.