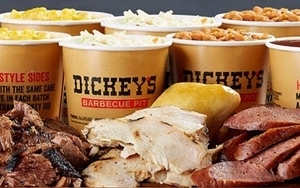 "Competition for share of stomach is getting more and more challenging," noted Ron Paul, president of the foodservice consultancy. "But brands that have found a way to differentiate themselves are gaining market share."

Among varied-menu chains, which had average growth of 2.5%, the category leader was Buffalo Wild Wings, up 12.9%.

Both winners and losers appeared in every segment and menu category. These widely mixed results demonstrate the overall competitiveness of the industry and the need for suppliers and operators to carefully identify and focus on the winners.

International performance by the Top 500 restaurant chains continued to outperform domestic growth in 2013.