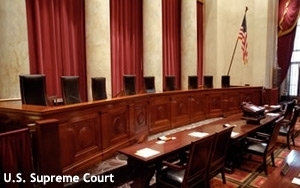 A coalition of Web companies is backing Spokeo in its privacy battle with a consumer who is suing the online data broker for allegedly providing inaccurate information about him.

Google, Yahoo, Facebook and eBay are urging the Supreme Court to hear Spokeo's appeal of a recent decision allowing a consumer to proceed with his lawsuit against the company. The ruling, issued by the 9th Circuit Court of Appeals, allowed Virginia resident Thomas Robins to sue Spokeo for allegedly violating the Fair Credit Reporting Act, regardless of whether Spokeo injured him financially.

Robins alleged in his lawsuit that Spokeo provided incorrect biographical information about him, without giving him the chance to fix the errors. Among other alleged inaccuracies, Spokeo said he was in his 50s, married with children, and employed in a professional or technical field. Robins said in his lawsuit that he was seeking a job at the time he filed suit, and feared the errors in the report would affect his job search.

Spokeo convinced a trial judge to dismiss the lawsuit on the grounds that Robins didn't allege that any incorrect information actually harmed him financially. Robins successfully appealed to the 9th Circuit Court of Appeals, which revived the case on the grounds that the Fair Credit Reporting Act provides for private lawsuits by consumers.

Spokeo recently asked the Supreme Court to decide whether Robins can proceed with the lawsuit. The company argues that people shouldn't be able to sue in federal court unless they've been harmed.

The Web companies agree. They argue in a friend-of-the-court brief filed last week that court decisions allowing “'no-injury'” lawsuits” are having an “increasingly negative impact” on their businesses.

“If any of the millions of individuals who interact with [Web companies] is willing ... to allege that a generalized practice or act violated a law providing a private cause of action and statutory damages, then she could launch a putative class action,” the companies write. “The attendant expense of litigating such actions and the potential for punitive damages or burdensome injunctive relief creates a strong incentive to settle even the most baseless suits.”

Two years ago, the Supreme Court declined to issue a decision in a case that presented a similar issue.

Google and the others note in their legal papers that Spokeo is one of many online companies to be hit with privacy lawsuits. The Web services companies say that consumers in those cases often allege violations of particular statutes, but in “unpredictable contexts far outside the statutes’ original purposes.”

They cite a lawsuit against Hulu as an example, noting that a federal judge allowed consumers to sue the online video provider for allegedly violating a 1988 law aimed at protecting the privacy of movie renters. Hulu allegedly disclosed information to Facebook about the clips users view.

The U.S. Chamber of Commerce also backs Spokeo's appeal, arguing in a separate friend-of-the-court brief that allowing lawsuits like Robins' will force businesses to squander resources in litigation over “trifles.”

“This case presents an opportunity to rein in abusive litigation,” the business group argues.

Justin Brookman, director of consumer privacy for the digital rights group Center for Democracy and Technology, says Web companies often lobby against allowing consumers to sue for privacy violations. “Pushing back on private rights of action is de rigueur on the industry side -- it's always one of the first things they push back against on consumer privacy bills,” he says in an email to Online Media Daily.

Several years ago, the Center for Democracy and Technology asked the Federal Trade Commission to investigate Spokeo for selling information about job applicants to potential employers, without allowing people to fix mistakes. The FTC later brought charges against Spokeo, which the company resolved by agreeing to pay $800,000.