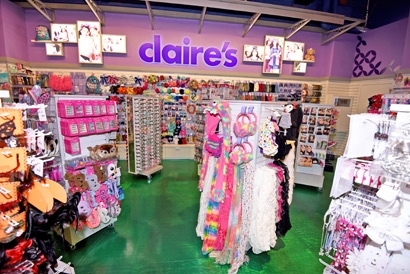 In the midst of a sweeping turnaround, Toys R Us is tapping a new segment for sales growth: Tween girls and their never-ending need for new bijoux and baubles. The retailer is partnering with Claire's, the world's leading retailer of glittery barrettes.

After a successful test in Europe, the two chains have announced a strategic global partnership to create 100 branded Claire’s shops in European Toys R Us stores, as well as 12 in the U.S.

“Toys R Us has been working for some time to improve the appeal of its product offering for tween girls,” says Sean McGowan, managing director of Equity Research for Needham & Co., who follows the Wayne, N.J.-based toy company. “It has sold private-label goods under the Totally Me brand, for example. But selling Claire's merchandise probably makes it more appealing to a young consumer (or her mother) since it doesn't have the issue of being so closely associated with very young kids and babies.”

The company says it expects the partnership to evolve over time, and that the first of the U.S. stores are opening this week at its flagship Toys R Us Times Square and FAO Schwarz stores in New York City. (So far, larger shop sites are the only ones that will also offer ear-piercing services.)

While sales have been rising at the struggling company -- which is in the midst of a sweeping transformation plan -- it posted a larger loss in its most recently quarterly results, fueled by deep discounts as it tries to clear excess inventory. Although sales for that period rose 2.7% to $2.4 billion, with same-store sales gaining 1.5%, its net loss widened to $148 million, from $113 million in the comparable period of the prior year.