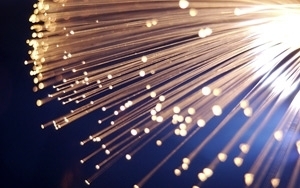 AT&T should revise U-Verse ads that boast of speeds up to 45 Mbps, a self-regulatory group said this week.

The BBB-administered National Advertising Division specifically recommended that AT&T disclose to consumers that they might not experience U-Verse's maximum advertised broadband speeds -- which range from “up to” 18 Mbps to “up to” 45 Mbps -- if people in the household are streaming two HD channels at the same time.

The NAD's decision stemmed from a challenge by Comcast, which alleged that field tests showed that U-Verse's speeds degrade when two or more HD channels are being used.

AT&T said that some consumers receive faster-than-advertised service, and that any slowdowns were marginal and didn't meaningfully affect subscribers, according to the NAD's opinion. The telecom also said that its ads only promise speeds of “up to” a maximum.

“When purchasing Internet service at a specified speed tier, a consumer is purchasing the security of knowing that the maximum speed will be available to him or her even when multiple HD streams are being viewed in the household, and even when large files are downloaded,” the opinion says. “Even if AT&T were correct that the advertised speeds are only degraded on rare occasions, what also matters is the frequency with which consumers are unable to receive the promised maximum.”

The telecom said it will consider all of the NAD's recommendations regarding U-verse ads, but added that it was “very disappointed” with the suggestion to revise its claims regarding broadband speed. “We believe this kind of disclosure overload does not contribute to consumer understanding of the product offering, but rather detracts from it,” the company stated, per the NAD.

The NAD also found fault with an AT&T boast that it offers the “fastest Internet for the price.” That claim only refers to the $14.95-a-month service with speeds of up to 3 Mbps. (The Federal Communications Commission currently defines broadband as speeds of at least 4 Mbps downstream and 1 Mbps upstream.)

AT&T should more prominently disclose that its fastest-for-the-price boast refers to the 3 Mbps tier of service, the NAD said.