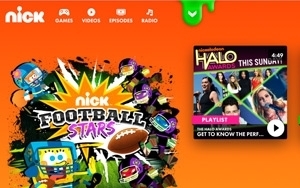 Attorneys for a group of children who are suing Google and Viacom for alleged privacy violations are asking a federal judge to allow the lawsuit to proceed.

Specifically, the children's attorneys allege that Viacom allowed Google to place DoubleClick cookies on the browsers of visitors to Nick.com. Those cookies allegedly revealed information including users' screen names and the videos they watched. The plaintiffs also accuse both companies of violating a New Jersey state law regarding computer crimes, and of “intrusion upon seclusion.”

Class counsel is asking Chesler to reject that argument. “Information that might be anonymous to the average person or business is not anonymous to Google,” class counsel argues in papers filed late last week. “Because of its Internet ubiquity, Google owns the equivalent of a modern-day Enigma machine that personally identifies Internet users via persistent cookie identifiers, IP addresses and unique device identifiers.”

In July, U.S. District Court Judge Stanley Chesler in New Jersey threw out an earlier version of the case. But that ruling was issued “without prejudice,” meaning that the children's lawyers could amend their allegations and try again. Lawyers for the children did so in August.