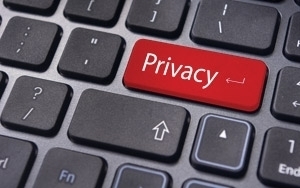 The ad company Adzerk, which serves online ads for sites including Reddit and Imgur, said on Wednesday that it will offer publishers an automated mechanism for honoring consumers' do-not-track requests.

If a publisher instructs Adzerk to honor do-not-track, the company won't serve ads from any ad networks and exchanges that don't themselves honor do-not-track, as that term is defined by the digital liberties group Electronic Frontier Foundation, says CEO James Avery.

Instead, the Durham, North Carolina-based Adzerk will serve ads from companies that have a direct relationship with the publisher -- meaning that those advertisers (and their agencies) have purchased ad inventory directly from the publisher. Adzerk also will serve ads from ad networks and exchanges that are whitelisted because they refrain from tracking consumers who activate do-not-track signals.

The EFF's do-not-track standard prohibits ad companies from collecting unique identifiers like cookies, digital fingerprints or "supercookies" from users without their explicit consent, except in extremely limited circumstances. The exceptions include situations where companies are required by law to retain data, need the information to respond to fraud suspicions, require the data to process a transaction, or need information about ad clicks for billing purposes.

All of the major browser developers now offer consumers the ability to activate a "do not track" command, but doing so doesn't in itself prevent tracking. Instead turning on the command only signals to publishers and ad networks that users don't want to be tracked.

Ad networks and publishers have always been free to decide whether or not to honor the do-not-track signals. A few high-profile companies, including Twitter and Pinterest, have publicly promised to honor the signals, but most have not.

So far, none of the publishers that work with Adzerk have yet asked the company to implement its do-not-track mechanism, Avery says. But he expects some to do so soon. "We work with a lot of publishers that are interested in this," he says.

He adds that one reason why he anticipates publishers will agree to honor do-not-track is that several ad-blocking companies -- including PrivacyBadger, AdBlock and Disconnect -- say they won't automatically block ads from appearing on sites that respect users' do-not-track settings.

Avery says that Adzerk itself won't set cookies that can be used for frequency capping, if publishers instruct the company to honor do-not-track settings.