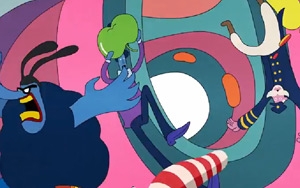 The most-searched Beatles albums, per Google Trends, come to nine music-streaming sites beginning Dec. 24. In fact, Beatles music lovers can find all 13 of the iconic original albums, plus four collections in digital and ready-to-stream.

Here's a little nostalgia for those who can remember the large black discs that spun round and round under a diamond needle, sometimes making a scratchy sound along with the strumming of gutiars and pounding of the drums. Did you ever think while spinning vinyl on a record player that one day the same music would stream digitally from the cloud to an iPhone, Android device, or through a car radio?

The top five-searched Beatles song lyrics on Google include "Hey Jude," "Yesterday," "Come Together," "Help!," and "Let It Be."

"If you open up the Google app on your Android phone and say 'Ok Google, play the Beatles,' There will be an answer," writes Gwen Shen, Music Partnerships, Google Play. "Let it stream."

The one music service missing from this group: perhaps something from Facebook in 2016?