Groupon Opts To 'Own The Experience' 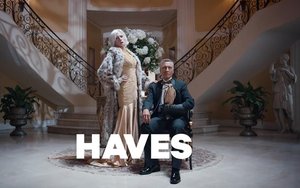 Having made a name for itself during the recession as a place to get great deals, Groupon is looking to change consumer thinking to be less about the daily offers and more about enabling the experiences they provide.

“Groupon has evolved from a daily email to a discovery destination, and this campaign highlights both the breadth of things available on Groupon and the sheer joy of owning the experience,” Jon Wild, Groupon’s vice president of North America marketing, tells Marketing Daily. “There’s strong equity in deals, and that’s something we’ve long been known for by our customers. But today, experiences are what really matter to consumers.”

A new television effort, from agency O’Keefe Reinhard & Paul in Chicago, depicts the world as the “Haves” and the “Have Dones” (as opposed to the “Have Nots”). The ad juxtaposes the “Haves” as people who sit leisurely and stiffly in well-appointed mansions, while the “Have Dones” are shown jumping out of airplanes, getting messy at events and having memorable family experiences. “At Groupon, we applaud the ‘Have Dones,’” says a voiceover. “For they know what they’ve done; they will always have.” On-screen text encourages people to “Own the experience.”

Experience, Wild says, “is something ownable to Groupon.” The effort will run throughout the year and is part of a previously announced $150 million commitment the company has made to marketing, he says. The spots will run on broadcast and cable networks, including programming such as “Dancing with the Stars,” “Good Morning America,” and “The Tonight Show Starring Jimmy Fallon.” (MediaVest/Spark handles media planning and buying.)

“We’re ready to accelerate our customer education efforts around Groupon's evolution and expanded value proposition, and TV is the best way for us to reach a significant audience with this message,” Wild says.

The campaign, which includes radio, digital, email and social marketing, will also be customized around retail holidays and popular Groupon categories such as “food and drink,” “beauty and spas,” and “things to do,” Wild says.

“One of the things we like about the campaign is that it's well suited to any season. Of course, we do have some amazing experiences that help people take full advantage of the summer weather,” Wild says.