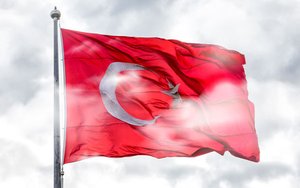 A ban on many cloud service providers went into effect over the weekend in Turkey, after a trove of emails were hacked from Turkey’s Minister of Energy and Natural Resources, Berat Albayrak.

Albayrak is also the son-in-law of the President of Turkey, Recep Tayyip Erdogan, and has been a Parliament member since June 2015.

RedHack, a left-wing hacking group, has claimed responsibility for hacking three of Albayrak’s email accounts -- a feat assisted by the fact that Albayrak used the same password for every email account used.

Founded in 1997 as a Communist computer hacking group, RedHack is threatening to release the emails unless left-wing dissidents are released from custody in the country. DailyDot reports that the emails date back to April 2000, revealing how Erdogan’s government silences criticisms in the media.

Google Drive, Microsoft OneDrive and DropBox were among the services taken offline by Turkey on Saturday, blocked by the country’s Information and Communication Technologies Authority.

Turkish hosting solutions including UyduNet, TTNet and Turkcell were also blocked by Turkey on Saturday with GitHub, a version control repository service, following suit on Sunday. GitHub is the largest host of source code in the world, with more than 35 million repositories, and is relied upon by many start-ups and technologies.

Since the ban has been carried out on Turkey’s ISP, the blocked services can still be accessible via roaming or virtual private networks (VPNs). Turkey has since restored access to Google Drive according to Turkey Blocks, an organization that tracks real-time digital censorship in Turkey.

This is not the first time the Turkish government has shuttered Internet use in the country, and unfortunately. it will it likely not  be the last. Social media sites including Facebook, Twitter and YouTube were blocked during the attempted military coup this past summer in Turkey, and the country the country has also imposed a large fine on any Twitter user who fails to remove what the government deems “terrorist propaganda” over the past year.